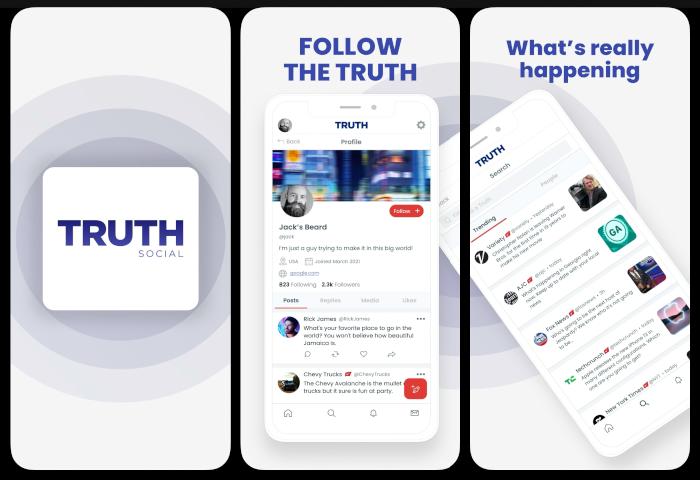 In what can only be described as a death blow to irony, former President and current conman Donald Trump has announced his new social media site, “TRUTH Social.” It’s part of TMTG, Teenage Mutant Trump Groupies Trump Media & Technology Group, and the next obvious scam for a senile old man resentful of being banned from every “reputable” social media platform. The knock-off Twitter clone is slated for a 2022 release. Instead of tweets and retweets there are “Truths” and “Re-Truths,” which sounds like something you’d learn about in a Siberian gulag.

On Trump's new social network, TRUTH Social, you can post TRUTHs, which are like tweets, or Re-TRUTHs, which are retweets. There's also a TRUTH Feed and notifications so you can know who’s interacting with your TRUTH’s pic.twitter.com/E3YVC6vkm9

An exhausted-looking Don Jr. told Sean Hannity “What we are trying to do is create a big tent, an open and free network for people to be able to assert your First Amendment rights,” and miraculously did not burst into flames at the statement. Beta testing will be carried out over the next few weeks but has already run into issues, as it took Twitter users only 2 hours to find their way onto the active URL and set up mock accounts for both Trump and Pence.

Although the site is not officially open, a URL was discovered allowing users to sign up anyway. pic.twitter.com/MRMQzjNhma

It’s a mistake reminiscent of the absurdly simple method a group used to gain access to all of Parler’s data back in January. Or the similar data grab at Gab a month later. It’s almost as though hiring IT admins for their political leanings rather than basic competence is a bad idea. But it’s not all bad news. It features a “TRUTH Feed,” where users can get the latest updates from the C-list celebrities and fake news networks of most interest to them. It also touts a search function, as though it’s a new feature no one considered before now. There’s also a non-disparagement clause in the TOS, which is a hell of a stretch for a prelaunch platform already touting its free speech stance.

We all know where this is going. TRUTH Social’s userbase will be a self-selecting group of right-wing agitators, con artists, and rubes. More than anything, I expect it will become the number one source for gold-plated commemorative coins, red hats produced in China, and OTC veterinary Ivermectin. It’s possible Trump’s virtual presence will draw users away from Gab and Parler, but I doubt Facebook or Twitter are sweating. It’s probably a pipe dream to think it’ll pull in enough of the crazies to make scrolling through the latter feeds a more pleasant experience, but a man can hope.

Expect a catastrophically mismanaged launch of TRUTH Social in the first quarter of 2022.