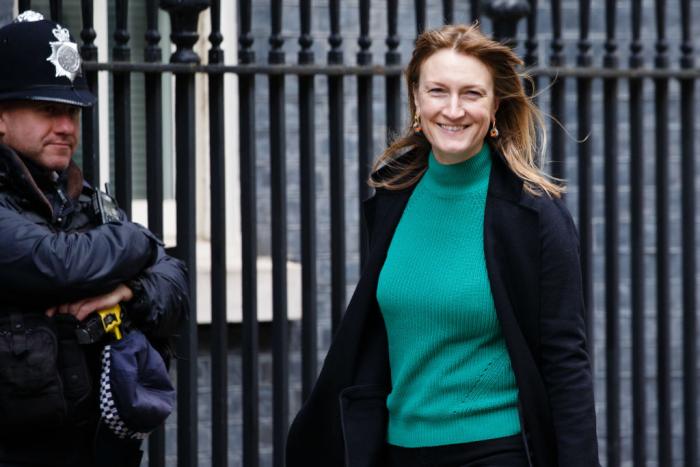 Tories Party While People Die: Just What the Hell Has Been Going On in England This Week?

Around this time last year, as Christmas approached while the UK was in the grip of a deadly wave of the COVID-19 pandemic, London—alongside many other parts of the country—was placed into what was then referred to as Tier 3. In this level of pandemic restrictions, all indoor gatherings of two or more people were forbidden. Massive fines of up to £10,000 were being leveled at people who broke the rules. With hospitals on the brink of collapse, approximately 500 people a day were dying from the pandemic. Many thousands died alone, their loved ones barred by the lockdown rules from being by their side in their final moments.

Thanks to new evidence revealed by broadcaster ITV, we now know that at the same time as the country was reeling with the effects of a terribly managed Tory pandemic, a party apparently took place at No 10 Downing Street. Secret Santa featured. As did servings of wine and cheese. According to a BBC source, ‘No 10 staff drank, ate food, and played party games until gone midnight’. Having been poised to announce a relaxation of the gathering rules for Christmas, a few days after that No 10 party Boris Johnson announced the cancellation of that relaxation.

Rumours and murmurs about an alleged party at Downing Street have been swirling for a little while now. In response, Tory ministers have been making the media rounds with soundbites ready to deflect attention and to assure the public that no parties took place. It was into this environment that ITV released a leaked clip from a dry run press conference presided over by the Prime Minister Boris Johnson’s then-press secretary, Allegra Stratton. In the clip, Stratton is seen with other Downing Street staffers rehearsing the answers to a series of hypothetical questions aimed at addressing rumours of a party at No 10. To the fury now of much of the country, Stratton and the other staff members exhibit an attitude of wanton frivolity and callous privilege:

No 10 has spent the past week denying any rules were broken. This new evidence calls that into question. pic.twitter.com/nKYK0tG0dQ

Some background on Allegra Stratton: Her husband is the political editor of the rightwing paper The Spectator. Current Tory Chancellor Rishi Sunak was the best man at the couple’s wedding in 2011. Stratton counts Boris Johnson’s wife Carrie as a close personal friend.

Following the ITV clip’s publication, Stratton has since resigned from her latest role as spokesperson for COP26 President Alok Sharma and given a teary televised address expressing her incredibly sincere contrition. The police have said that they will not be investigating the party. Boris Johnson has apologised in the House of Commons. No other punishments or resignations have occurred, while reports of further rule-breaking events at Downing Street have bubbled up:

While the U.K. was locked down.

Social media has been in a state of agitated flux in reaction to the events of the last few turbulent days:

When will people realise the Tories don’t actually care about your dead relatives? You can give them all the anecdotal stories about how your mother died on her own during lockdown and they won’t give a shit

This is a good point: Allegra Stratton may have been the one giggling and making jokes, but she wasn't alone.

And it certainly wasn't a party for one. https://t.co/gHOdd3AnFo

A young man died while trying to avoid a massive fine from rules that they made, ignored and then laughed about pic.twitter.com/fBGPeqABvY

Naaaaaaaaah people are ANGRY angry they might really be finished this time 😳 https://t.co/qWSvgKXoLk

Bit weird how on last night's Newsnight, when they introduced the clip of Allegra Stratton laughing about how to lie to the public about illegal parties in No.10, they somehow forgot to mention that she was Newsnight's Political Editor 2012-16

Ignore the next six hours’ headlines about Allegra Stratton. She is taking the flak for her boss who knew about parties, sanctioned parties, hosted parties - all of them breaches of the law he put in place. This is about Boris Johnson. Now he must go.

Now we all see that the Prime Minister’s staff were giggling about their big piss up as people’s loved ones lay dying alone in overwhelmed hospitals being staffed by overworked NHS heroes. These Tories are lower than low. pic.twitter.com/U83K2cY4NY

The Met police have announced they won't investigate the Xmas party that was literally spoken about on camera and that someone has just resigned for… because of a lack of evidence. You really couldn't make it up.

It’s because he’s terrified the Tories will actually oust Johnson and replace him with someone half competent who he hasn’t got a hope in hell of beating.

Hope that poor woman she bullied on national TV a few years back is having a nice chuckle at this ❤️ https://t.co/QKg16iXaLM

Actually: an unpleasant person seeking their own advancement by serving unconscionable people with malign ends, then destroying their prospects through their own behaviour… that's a classic species of comedy. Perhaps a discomfiting fable for some, though. https://t.co/JYL0kaUkOG

This is going in the Adam Curtis doc https://t.co/MJJkgSjJg1

There’s no such thing as the establishment it’s just that Allegra Stratton went to public school then Oxbridge, and without once changing her politics went from the Guardian to the BBC, to the Tory government and when she resigned was eulogised by Peston and Ruth Davidson.

Britain has the most embarrassing bourgeoisie in the world https://t.co/OEg5lusiFQ

Robert Peston just described Allegra Stratton as a "model for many in modern politics."

If ever a quote best summed up the problem with the Westminster media bubble.

As a journalist Allegra Stratton presented a single mother in full time work as someone who had made a lifestyle choice to live on benefits, because it suited her narrative to do so. The fact she's a model for many in modern politics is a damning indictment of modern politics. pic.twitter.com/BEXok06Sgb

Wonder if Rachel Riley is still punching the air with joy at the election result or if Phillip Schofield will be grilling Johnson live on Good Morning like he did Jeremy Corbyn? All complicit in helping the most corrupt lying unfit bunch of scumbags ever to hold office

Sickens me to my stomach that the Nationality and Borders Bill has made it through Parliament without most major journalists and outlets even commenting on it. All crying for their mate Allegra while it passes. Zero fucks for all the lives it will ruin.

The Tories just voted through their appalling Nationality & Borders Bill, another authoritarian piece of legislation.

As they sink deeper into corruption scandals and fail to deliver on promises, they’re pushed deeper into their last redoubt: anti-migrant policies & racism.

In 24 hours, Starmer has tweeted 3 times about a Christmas party, but not once about the racist, inhumane, nationality and borders bill which puts the UK outside international law and which has today been voted through parliament

This is not someone who is fighting racism

Something tells me that if we had a more diverse media, with just 0.4% of journalists from Muslim backgrounds and 0.2% Black, then the nationality and borders bill which is causing so much distress and alarm in communities like my own would be far higher up on the agenda.

When Allegra Stratton married James Forsyth, political Editor of the Spectator - the best man was Rishi Sunak. The lines between our journalists - expecially those at the Spectator and Sun - and our politicians have never been more blurry. And that is a very big problem.

Boris Johnson just said it's been "a sad day for Allegra Stratton."

The ruling elite couldn't care less about ordinary people, but they have endless solidarity for each other.

True to form, Media Lens released a searing indictment of the mainstream corporate media and their complicity in keeping the public ignorant of the biggest issues of the day, touching on the type of news the capitalist media regularly refuses to cover properly, including terrifying udpates to the Police, Crime, Sentencing and Courts Bill, as well as the passing of the racist Nationality and Borders Bill, and other aspects of Britain’s imperialist foreign policy and its spiralling journey into fascism:

Media Lens conclude in that fantastic piece by highlighting the discrepancy between the avalanche of media coverage the Tories’ COVID rule-breaking is currently getting and the minimal attention paid to other matters:

While corporate news media are content to expose the galling, but comparatively minor crime of holding a Christmas party at 10 Downing Street during lockdown, they remain essentially silent about much bigger state crimes.

This is of course entirely true, yet the story causing so much furore right now is still interesting because it does cut to the heart of how power and the media operate in the UK—and especially England. There is one rule for Them, and one rule for Us. I’ve lost track of the amount of times I’ve written about the rotten, nepotistic nature of the British establishment, and how a tiny proportion of the population that make up the government-media-private sector revolving door is bringing this country to ruin. Yes, there may be much bigger, more dangerous, structural issues to pay attention to at the same time, but this story—about a government brazenly breaking the law it expects others to follow while thousands die and millions more suffer thanks to policies it has enacted, and featuring a number of cosily linked media figures starkly highlighting the kleptocratic nature of the country’s ruling elite—remains a powerful snapshot of where we stand as a nation.