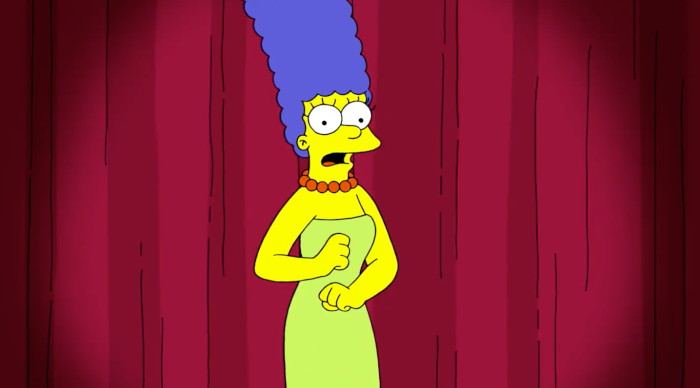 As Senator Kamala Harris steps up her campaign as Joe Biden’s VP running mate in the presidential election, the knives are coming out. Harris is being criticized for her persona, her past, and her voice. On the last point, Trump campaign adviser Jenna Ellis tweeted that Harris “sounds like Marge Simpson.”

The presumed implication is that Harris has an annoying nagging tone, right? Marge doesn’t really have a catchphrase on the long-running animated series The Simpsons, but if she did it might be that judgmental groan she lets out whenever her husband and kids are running amok. Google “Marge Simpson Groan” and a wide array of gifs are offered up capturing the many times the mother of three showed her growling displeasure.

Tweeted the same day the Biden campaign announced Harris would be the Vice President contender, Ellis’s remark seems to snarkily suggest that the senator would be a cartoonish nag. Essentially, it’s a dog whistle to misogynists. Or perhaps Ellis has some other insult in mind with the allusion. Regardless, Simpson fans weren’t having it.

So what’s the issue ?? pic.twitter.com/JfazJfgiTU

One of the world’s most beloved and respected housewives.

Thanks for helping Biden’s campaign with this tweet. #owngoal pic.twitter.com/CXri3QEQe1

— Former Presidential (not this one) Board Game Czar (@BoardGameCzar) August 12, 2020

George Bush attacked The Simpsons in 1992. He lost. https://t.co/sKgUTqwT36

Two days later, The Simpsons responded with a tweeted video reaction from Marge herself.

Marge Simpson has something to say. pic.twitter.com/viux96bAPf

I usually don’t get into politics, but the president’s senior adviser, Jenna Ellis, just said Kamala Harris sounds like me. Lisa says she doesn’t mean it as a compliment. If that’s so, as an ordinary suburban housewife, I’m starting to feel a little disrespected. I teach my children not to name call, Jenna. I was going to say I’m p*ssed off. But I’m afraid they’d bleep it. 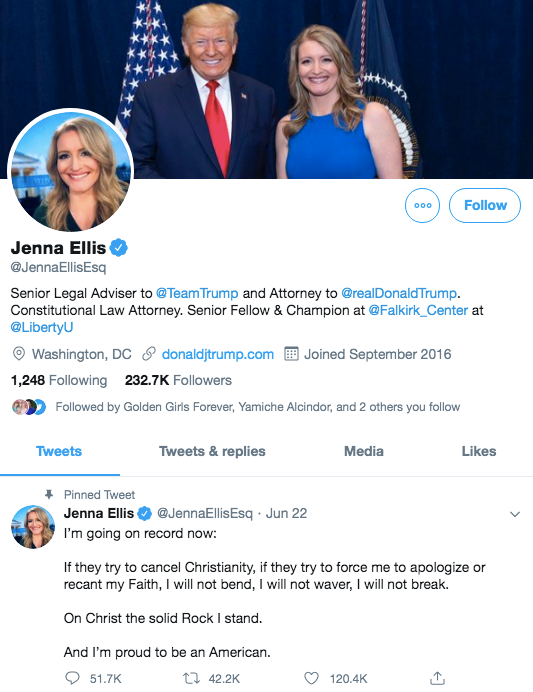