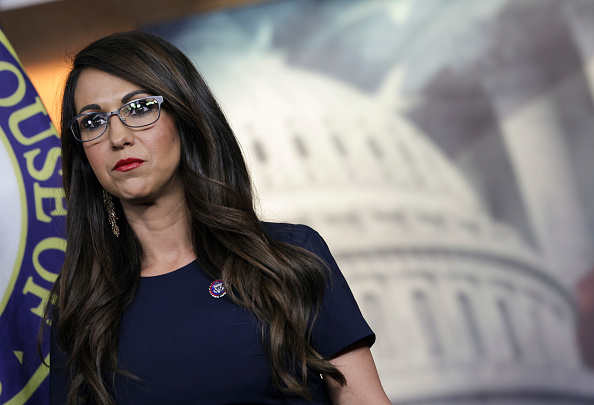 Last month, the youngest Representative in Congress, Madison Cawthorn, lost his bid for reelection after being defeated in his North Carolina Republican primary. He’s now the youngest Congress person to ever lose a reelection bid. Cawthorn lost the race by fewer than 2,000 votes despite a number of mounting scandals against him and two years of absolute chaos (again, illustrating the power of incumbency).

Many rightly attribute Cawthorn’s eventual loss to the American Muckrakers PAC, a North Carolina operation run by a mix of Democrats and Republicans that relentlessly went after Cawthorn, releasing a number of images and videos that showed him in various states of undress, which did not sit well with some Republican voters. That same group also filed an ethics complaint against Hawthorn alleging that he provided loans to a senior aide — the same man also seen in some of the videos with Cawthorn — in violation of House rules.

Having helped to get Cawthorn defeated, the same group has turned its sights upon Colorado Representative and conspiracy theorist, Lauren Boebert. The group has already dug up a number of allegations, although the media typically stays far away from it until the allegations can be verified. For instance, last week, the Colorado Attorney General began an investigation into Boebert for misuse of campaign funds. It is alleged that she used campaign funds to reimburse herself $22,000 for mileage and used another $20,000 to remove tax liens on her restaurant. These allegations were brought to the attention of the AG by the American Muckrakers PAC, and it was only once it rose to that level that the media decided to report on it.

There have been a number of additional allegations pushed by the American Muckrakers PAC against Boebert in recent days, almost all of which the media will not touch (at least until someone can verify). The allegations are unproven and unverified and, until such time as they are backed by evidence, should be treated as such. They include an allegation (that has been verified by The Daily Mail, so again, take that for what it’s worth) that she abandoned the driver’s seat of an ATV while it was careening against a boulder with her kid in the backseat and her sister-in-law in the passenger’s seat trying to steer — her sister-in-law was apparently badly injured.

More damning allegations were released by the PAC yesterday. They’re bad — at least to most Republican voters — and perhaps even implicate Ted Cruz. I’m not going to report them, but it’s not hard to find them on social media. Are they true? American Muckrakers cite only an “exhaustive investigation” and an anonymous (verified) tip. Does it matter if it’s true? Boebert has been trending on Twitter because of these allegations, which many on the social media site have taken as true because of the past success of American Muckrakers.

That does not mean it’s true, however, and here is where we get into dicey territory. I have no sympathy for Boebert, who has pushed a number of conspiracy theories herself, including those pushed by QAnon, as well as a conspiracy theory claiming that companies would rather pay for abortions than pay for parental leave. I hope she gets her ass kicked in next month’s primary.

Anyone else consider that these companies suddenly offering to pay for employee abortions are doing so just to avoid paying for maternity leave?

But as always with unverified, unproven information that nevertheless spreads wildly on social media, there is a slippery slope, and the American Muckakers PAC is helping to push us over the edge. Hell, even Reddit is deleting posts that cite the Muckrakers “investigation”. It’s a PAC, so we don’t know who is funding it, who is really behind it, or who their next targets will be. I applaud the use of funds to do the work of journalists, but if they’re going to do the work of journalists, they should abide by the same rules as journalists. In other words, verify the information, provide evidence, get people to speak on the record, and confirm their stories. Maybe American Muckakers is in the process of doing this, but they shouldn’t spread unverified information on social media until they have well-sourced evidence to back it up.

Otherwise, what’s to stop the next shady PAC from getting a couple of stories right and laundering misinformation through a facade of credibility. Then again, I think this is where a lot of Democrats are split: There are many who suggest we use the same shady-ass tactics as Republicans because we can’t win in an unfair fight. Personally, I’m still on the side of following the rules, which may or may not make me another weak-willed neoliberal shill.