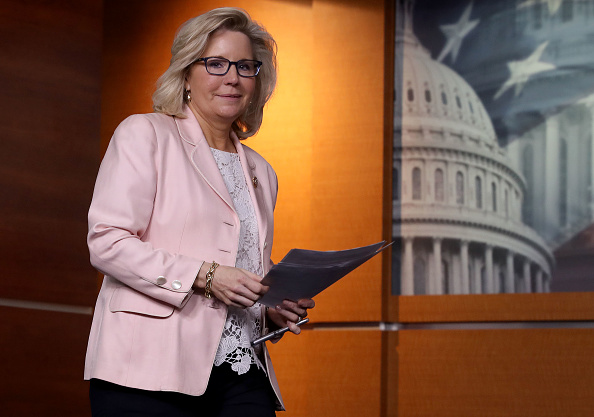 The Republican Party Is a Disaster

Matt Gaetz and the Trump GOP came after Liz Cheney before , but she survived when they tried to oust her from her position as the #3 House Republican back in February.

But here’s how completely out of whack the GOP is now: Donald Trump — who has been banned from Facebook, Instagram, and from Twitter permanently, and has essentially been reduced to pathetically raving about a stolen election to weddings he crashes at Mar-a-Lago — still has so much hold over the party that they’re going after Liz Cheney again next week.

This time, they’re almost certainly going to succeed, because they’re elevating a once “reasonable” Paul Ryan Republican turned fierce Trump loyalist, Rep. Elise Stefanik from N.Y. to replace her, and it looks like she has the votes. Liz Cheney — who has all but conceded — fired off an op-ed in The Washington Post yesterday in an effort to turn the tide — calling this a “turning point” for the party while asserting that Republicans “must decide whether we are going to choose truth and fidelity to the Constitution” or side with a cult of personality.

They’re gonna side with Trump. I don’t know what the reasoning is here, given how far Trump has fallen, but maybe they know something I don’t? I mean, I understand that the party in the White House gets killed in the midterms every single first term, but then again, Biden is very popular right now, and from what I can tell, people seem to appreciate his “socialist policies,” like taxing the top .7 percent to give more money to everyone else and sending out checks, including monthly checks that Americans with kids are going to start receiving in July. Biden keeps his head down, there’s not a lot of drama, cable-news ratings are falling, and the economy is rebounding, and most of us no longer spend our days consumed by hatred for the other side. Things could be worse!

But they’re still gonna stick with Trump, huh? This, even though a recent poll showed that 50 percent of Republicans said they now considered themselves more supporters of the GOP than Trump, and this despite the fact that Trump’s approval ratings have fallen even lower than they were after the Capitol riot. The House Minority Leader Kevin McCarthy, meanwhile, is back in Trump’s good graces because McCarthy decided to go along with the Cheney ouster, but how long is that going to last? Did no one in the GOP learn anything from the last four years?

Isn’t it also ironic that Liz Cheney is going to be ousted from her leadership position, while Matt Gaetz — who paid for sex with underage girls — is not only still in the House, but has been stripped of no committee assignments. The GOP are proudly villains now. They’re the party of Matt Gaetz and Tucker Carlson and Roy Moore. This is how evil the GOP is right now: In Montana — in a move a number of red states will almost certainly follow — the GOP governor (the dude who punched a reporter) is pulling the $300 enhanced unemployment benefits two months early. Why? Because there’s a work shortage. Why is there a work shortage? Because people who process chickens or work at McDonald’s or empty the garbage at the mall’s food court earn more collecting enhanced unemployment benefits than they would busting their asses. What’s the solution? You’d think it would be to RAISE THE MINIMUM WAGE. But no. Why provide incentives for people to go to work when you can punish them instead?

That’s the modern Republican party for you. Sex with minors. Punishing poor people. Fidelity to Trump and the Big Lie, and getting rid of anyone who disagrees.