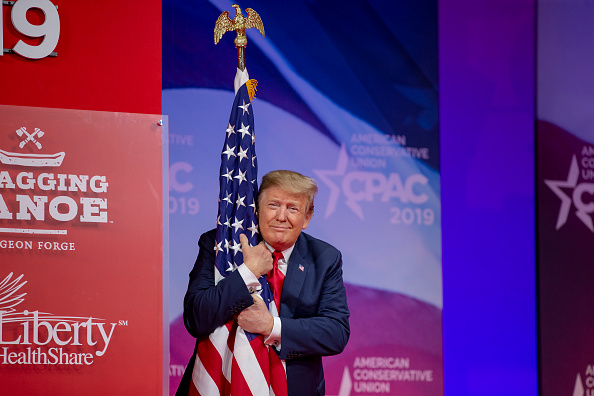 - The House Intelligence Committee has subpoenaed Rudy Giuliani’s records pertaining to Ukraine, which mostly illustrates just how quickly the House is moving. Giuliani seems to be signalling that he may not comply.

Giuliani signals he may not comply with subpoena, saying it raises “significant issues” https://t.co/mXFj2rkuwS

- We learned for the first time today that Mike Pompeo was actually on the call between Trump and Zelensky, which was not previously reported. That seems like a big deal.

Flashback: Pompeo was asked last week by ABC whether he knew about the conversation between Trump and Zelensky. He demurred, saying he just got the report. We now know he took part in the call itself. pic.twitter.com/d8wvtPTsUv

- In another instance in which the President used the office of the Presidency for personal gain, he apparently pressured the Australian Prime Minister to help AG William Barr by providing him with information designed to discredit the Mueller Report.

The discussion with Prime Minister Scott Morrison of Australia shows the extent to which Mr. Trump sees the attorney general as a critical partner in his goal to show that the Mueller investigation had corrupt and partisan origins, and the extent that Mr. Trump sees the Justice Department inquiry as a potential way to gain leverage over America’s closest allies.

The attorney general’s active role also underscores the degree to which a nearly three-year old election still consumes significant resources and attention inside the federal government. Current and former intelligence and law enforcement officials expressed frustration and alarm Monday that the head of the Justice Department was taking such a direct role in re-examining what they view as conspiracy theories and baseless allegations of misconduct.

There is no bottom to the self-dealing and corruption, and the entire goddamn Administration has bought into these nutbar conspiracy theories.

Last week was a very bad one for the President of the United States, as Nancy Pelosi and the House Democrats opened an impeachment inquiry against Donald Trump. This week could be worse. According to a CBS poll over the weekend, 55 percent of Americans now support impeaching Trump. That’s a dramatic spike from where public opinion was just a week ago. Nancy Pelosi recognizes that. “The polls have changed drastically about this,” she said in a House conference call. “Our tone must be prayerful, respectful, solemn, worthy of the Constitution.”

Meanwhile, Trump has been sending his goons out to defend him, and it has not been going well. Here’s House Minority Leader Kevin McCarthy lying his fool teeth off. The tweet is from Justin Amash, who was a Republican in the House three months ago (he is now an independent):

Lindsay Graham fared no better yesterday. This was embarrassing.

This is like Ron Burgundy explaining the original meaning of “San Diego.”

Meanwhile, Tom Bossert, Trump’s former Homeland Security advisor, went on This Week yesterday and basically said that the best way to get impeached is to hire Rudy Giuliani to run your defense. (He also said that, while he was a DHS advisor, he tried repeatedly to tell Trump that the Crowdstrike conspiracy theory was bunk, but Trump wouldn’t listen).

Things are not going well for the President — the Connecticut Post called upon him to resign yesterday — and the President is lashing out in dangerous ways. I don’t know that I need to run down all the tweets from the last 24 hours, but during the course of that time, Trump has publicly threatened the whistleblower, suggested that his identity be revealed, and suggested that Adam Schiff should be tried for treason.

The president, who runs maybe the mightiest government in the world, calls for the outing of a confidential whistleblower, the questioning of a congressman for treason and accuses other US officials of potentially spying on him. https://t.co/JP5fZxYv3z

Trump also warned that, if he is impeached, there will be a Civil War. This is another House Republican, a legit one, responding to that tweet.

I have visited nations ravaged by civil war. @realDonaldTrump I have never imagined such a quote to be repeated by a President. This is beyond repugnant. https://t.co/a5Bae7bP7g

Trump is clearly reading all his mentions, too, which can’t be good for his deteriorating mental health.

Correct. @realDonaldTrump is unraveling, or, to use the term mental-health professionals use, decompensating. He *will* get worse. https://t.co/W6Px34QNAt

At this point, Donald Trump is basically hanging himself. And batshit Rudy is trying to cut off the noose but only pulling it tighter around his neck:

Rudy Giuliani seems to think that Lindsey Graham no longer serves in the US Senate pic.twitter.com/tN3ig4lRf6

This week, the House is expected to speak with the inspector general of the intelligence community, and they are lining up a meeting with the whistleblower who, by the way, is now seeking federal protection, thanks to the threats from the President of the United States. We have also learned that the cover-up goes even deeper.

Before the whistleblower filed a formal complaint with ICIG, he tried to do it through the CIA’s internal watchdog system. The WH found out and quashed it. So the whistleblower escalated. A revealing story of how fragile the whistblower system is: https://t.co/QwA2NRP9xO

Meanwhile, it is Rosh Hoshanah, and I’m going to be in services for much of the day, so I won’t be around to update this post until this evening. Hopefully, when I return, Trump will have resigned all by himself. Shana Tova!