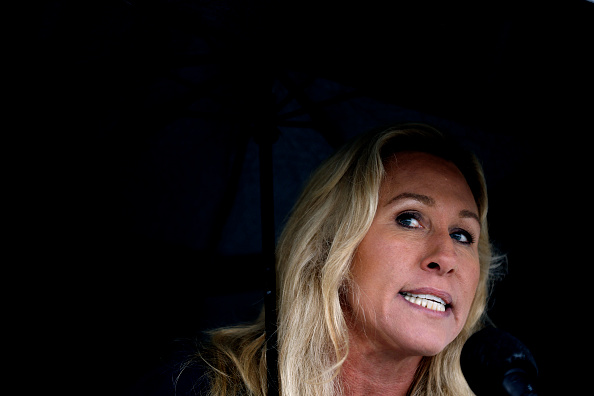 The Political Hellscape Is Just a Little More Hellish Today

Here’s a quick rundown of some the laughably awful headlines of the last 24 hours:
— Not only has Elon Musk bought 9.2 percent of Twitter, but today, Twitter has announced that he’s been appointed to the Board of Directors. How bad is that? Lauren Boebert approves of it bad.

.@ElonMusk being named to Twitter’s Board of Directors is just the start.

2022 is the year that we take back our country. The tide is turning.

The Left took it way too far and common sense people who love this country are taking back what is ours.

I will say that, while I do not agree with his “free speech absolutism,” I think I like his other major push: “That users should be allowed to choose the algorithms that select the tweets they see or build their own, instead of relying on Twitter to curate posts.”

— The good news is that Ketanji Brown Jackson looks to be confirmed with the backing of three Republican Senators. Marjorie Taylor-Greene is not pleased.

Murkowski, Collins, and Romney are pro-pedophile.

They just voted for #KBJ.

Over the weekend, MTG also defined a woman as “the weaker sex.”

Huh. How does the Bible verse “submit yourselves unto your own husbands, as unto the Lord” square with the years-long affairs she had with a tantric sex guru and her gym’s manager?

— Matt Gaetz was among the House Republicans who voted against making insulin more affordable, arguing that “the price of insulin increases as waistlines increase” while instead advocating that Americans exercise more and eat less.

Serious question: Are Gaetz, Hawthorn, Boebert, and MTG going to be reelected in November?

— This story is wild. Daniela Jampel, an assistant corporation counsel for New York City who has been out on maternity leave, was fired last night after crashing Mayor Adams’ press conference and badgering him over mask mandates for toddlers. That’s not why she was fired. She was fired for now-deleted tweets that read: “I am an attorney for the city. I have represented cops who lie in court, teachers who molest children, prison guards who beat inmates. It is a job I have done proudly. Until tonight. Fighting to keep masks on toddlers is shameful. I am ashamed of my office … I represent all those people - and many more - because our system relies on a vigorous defense of all parties, even those we personally do not like. But fighting to keep masks on toddlers? Despicable. I am ashamed to call these city attorneys my colleagues.”

My statement is that I am retaining counsel and will not litigate in the press.

Also, the NY Post used the most unflattering picture of me ever taken. Next time I will dress up for my big day.