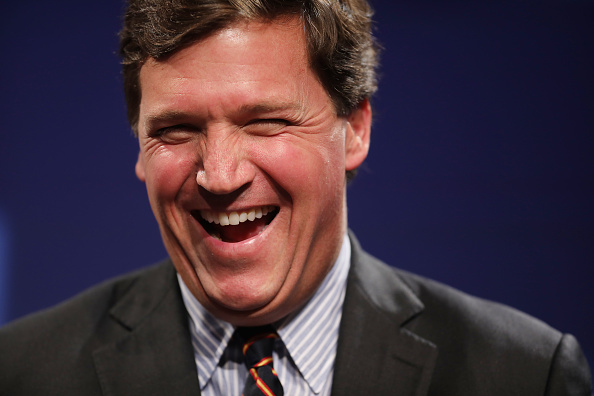 The NYTimes Expertly Plays Tucker Carlson, and Also Itself

I don’t like getting caught up in media conspiracy, but when we start to think about how the batter is made, the industry starts to feel like it’s been built on a flimsy foundation, that it’s often not about truth or accuracy or any of those romantic notions we have about journalism, but that it’s all a game. Sources trade information not to inform the public, but to advantage themselves. We could start to see the seams in a lot of the Trump coverage, where reporters would write take-downs of the former President one day but could be seen the next day palling around with Trump or Sarah Huckabee Sanders or Kayleigh McEnany. Or when Mark Meadows got caught on camera contradicting the President “on background.” Or when Vanity Fair would run all of that coverage on Jared and Ivanka that often so clearly came from Jared and Ivanka, or when we’d get anonymous sources providing details about a phone call between two people, where it was clear that the source was the other person on the phone call.

Political reporting is about massaging the truth and positioning it to suit a publication or a politician or a personality. It’s a machine to which the powers that be feed quotes that publications neatly arrange and spit back out uncritically. How many thousands of times did a major publication print the words of this guy and give them the sheen of credibility by attributing it to “sources”? 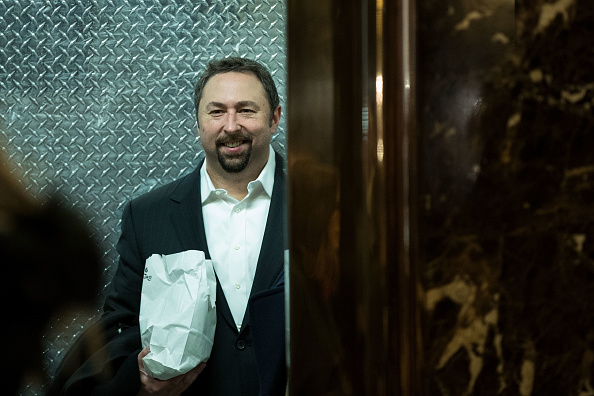 If the Times had attributed a quote to Trump communications director, Jason Miller, we’d all immediately dismiss it with a derisive laugh, but by attributing this man’s lies to an anonymous source, readers were given the impression that the quote had some value.

Political reporting is a charade, and there is no better example of that than what we learned over the weekend: Tucker Carlson is a frequent source for the very “elite media” he so frequently demonizes. From the NYTimes:

If you are a Tucker Carlson viewer, you may also be asking: How can the guy who tells you every night that the media is lying be texting with the enemy?

The answer is one of Washington’s open secrets. Mr. Carlson, a proud traitor to the elite political class, spends his time when he’s not denouncing the liberal media trading gossip with them. He’s the go-to guy for sometimes-unflattering stories about Donald J. Trump and for coverage of the internal politics of Fox News (not to mention stories about Mr. Carlson himself).

Well, of course, he is. Has anything ever made more sense? Ben Smith — the writer of the piece — admits that Carlson has been a source for him, too. At The New York Times, Tucker Carlson’s enemiest of enemies! And when the NYTimes writes about Tucker Carlson or Fox News or Donald Trump, how much should we even believe them, knowing that Carlson is one of their sources, the same guy who goes out every night and peddles a conspiracy theory about FBI agents embedded in the crowd who sparked the January 6th insurrection?

Ben Smith might have thought he was pulling a fast one over on Tucker Carlson by revealing that he is a frequent source for mainstream publications, but he’s hurt his reputation and that of mainstream publications just as much as Tucker Carlson’s. Telling us something “on background” or as an “anonymous source” does not make Tucker Carlson more credible, especially when — as the piece itself notes — Carlson’s information is usually self-serving. It also suggests, implicitly, that Carlson doesn’t believe any of the bullshit he sells on Fox News every night. He co-opts conspiracy theories to enrich himself. That’s it. Obviously, he’s not the only one.

Granted, this is the way politics works and probably has for decades. I mean, everyone knew that “John Barron” was the alter-ego of Donald Trump, but did that stop them from quoting John Barron? Probably not, if it sold papers/generated clicks. Hell, Politico seems to operate almost exclusively as a clearinghouse for politicians to boost their own profiles and/or smear an opponent. Accuracy? Truth? Who cares!

Over the weekend, CNN’s Jim Acosta called Carlson the “Bullshit Factory Employee of the Month,” which is funny and outrageous — he said “bullshit” on CNN — and resulted in Acosta trending for a few hours on Twitter, but how do we know that Jim Acosta isn’t also using Tucker Carlson as a source? Acosta likes to report on the internal politics of Fox News, and apparently, Tucker Carlson is a choice source for those stories. What if CNN and Fox News are also conspiring to orchestrate their own turf wars to gin up ratings?

Politics is a game. Unfortunately, the consequences are real.

← 'Titane' Trailer: From The Twisted Mind of Julia Ducournau, Who Brought Us The Cannibal Tale 'Raw' | A New 'Snake Eyes: G.I. Origins' Trailer Gives Us What We Want →