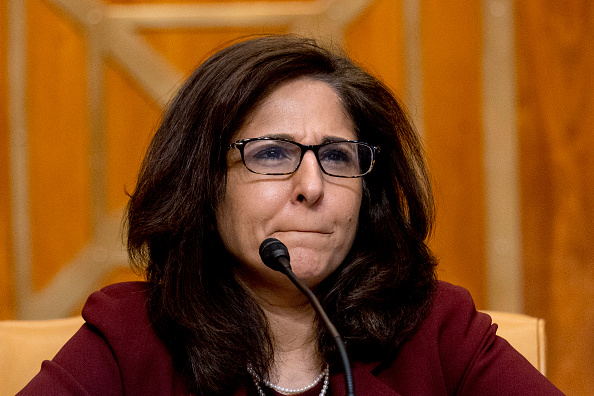 Here’s what I do and I don’t understand about the impeachment trial, which — for the record — has been incredibly compelling, and the House managers arguing the case have been outstanding: But why isn’t this the decisive factor in the decisions the GOP Senators need to make?

BREAKING: Twitter announces that Trump’s ban is permanent— even if he runs for president in 2024.

Is it really a fear of Trump’s base that is guiding their decision? Because Donald Trump has lost the ability to be Donald Trump. He was only as effective as his Twitter account, and now he doesn’t have one. Maybe he finds another way to communicate effectively, but the man is old and set in his ways and not exactly nimble when it comes to social media. He’s lost his ability to communicate and provoke and inflame his base unless he’s going to start calling in to Fox and Friends every morning, and I’d love to see how long that will last before Doocy and Kilmeade blow each others’ brains out (figuratively, GOD, Posobiec. Stop trying to get us canceled, you anti-cancel culture canceling hypocrites!).

The point is: The man has no power left, except in the ability to call people and complain. Just ignore him. Who cares about that guy? He’s done. If the GOP all collectively decided to do the right thing, vote to convict, take away his ability to run for office, and then spend the next two-to-four years completely ignoring him, he’ll eventually disappear after being absorbed into a cheeseburger. The only real power he has is that with which those in the GOP, like Lindsey Graham, give him by continuing to cower and kiss his ass.

The 'Not Guilty' vote is growing after today.

I think most Republicans found the presentation by the House Managers offensive and absurd.

Meanwhile, Fox News cut away from the most powerful evidence delivered on the Senate floor last night to maintain their focus on their big story of the day:

It really is two different worlds.

Anyway, this is your impeachment open thread, but that’s all I want to say about it right now, other than the fact that the House Managers are doing a bang-up job, especially Jamie Raskin and Stacey Plaskett.

— Elsewhere, the COVID-19 infection numbers continue to plummet, and while this is very good news, this is a weird message to be delivered by a dead man who died from COVID.

This is good news for everyone except the politicians who like having the virus as an excuse to control everyone. #Coronavirus https://t.co/D4236mj1GW

Anthony Fauci, meanwhile, says that April will be open season, when we will all be eligible for vaccines, and we will all start jockeying for them. That tracks with what Scott Gottlieb was saying last week. Unfortunately, it also probably means that those of us with the time and the means to navigate websites and phone systems are likely to get the vaccine sooner than those who ultimately need it the most.

“By the time we get to April, that will be what I would call open season,” Dr. Anthony Fauci says about the timeline for vaccination availability for all groups to begin getting shots. pic.twitter.com/BMGD3YSVex

Gottlieb also warned about supply outstripping demand in April/June, especially knowing there is still around 30 percent of the population who are reluctant to take the vaccine or will outright refuse to do so. Thanks a lot, Joe Rogan! And thank you, Spotify, for giving him that platform.

Meanwhile, I know this is in Hebrew, but you don’t have to be able to exactly what it says to see how effective vaccines have been in Israel, where 40 percent of the population (mostly over the age of 65) have received the first dose of vaccine, while 25 percent have received the second shot. The vaccine works.

The remarkable, ongoing, direct impact of vaccinating those aged > 60 with mRNA vaccines in Israel. Over-60's and under 60s now have dissociated epidemic curves. https://t.co/zcHpFHnwvM

Finally, I suppose we should at least mention yesterday’s confirmation hearing of Neera Tanden, Biden’s pick to head the White House budget office. Tanden took heat all day, not over her qualifications, but over her Twitter history, where she bad-mouthed a lot of Republicans (and Bernie). I guess the same Republicans who refuse to convict the head of their party for inciting a riot on Twitter and calling everyone who ever disagreed with him a shithead thinks that calling Susan Collins “the worst” should be disqualifying. Louisiana Senator Kennedy, in that Southern drawl, even condemned her, almost gleefully saying, “You called Senator Sanders everything but an ignorant slut.” Tanden took the right approach, I suppose, which was to say that she meant the tweets at the time, but that she regretted sending them.