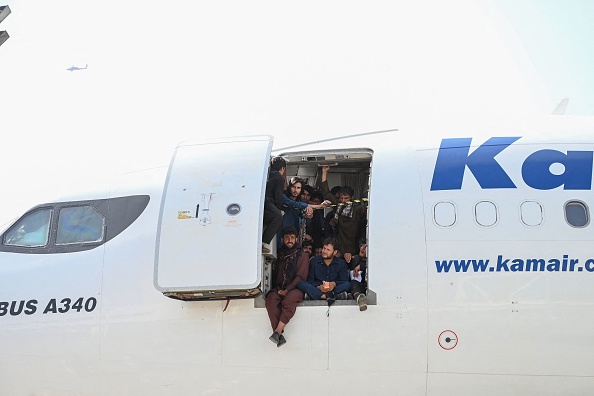 Good morning. I guess the Morning Briefing is back!

— President Biden yesterday defended his decision to withdraw troops from Afghanistan, insisting “I stand squarely behind my decision,” and taking full blame for what transpired. “The buck stops with me.” He said he would not pass the conflict on to a fifth president, and getting stuck in a civil war in Afghanistan is not in our national security interests. I still don’t know what to make of all this, except that Biden was saddled with 40-years of bad American foreign policy in Afghanistan (that began with Reagan) and took it upon himself to try and clean it up. I’m not defending the guy, exactly, but he was given a bad hand, and he played it poorly. But even if he’d played it perfectly, the result would not have been that different.

I also feel like the media has been waiting for six months for Biden to make a colossal mistake so that they could finally extract some clicks out of this otherwise boring Presidency, but I think they’re hitting the sauce a little hard with headlines/false equivalencies like these:

Everyone still remembers that Donald Trump called the leader of North Korea “little rocket man,” abandoned Kurdistan as a favor to a dictator, started an insurrection, was impeached twice, and handled the pandemic in such a way that we are still paying for it with 130,000 cases and 500 deaths a day? But sure, Biden’s just as bad.

In any respect, the Biden Administration has vowed to continue evacuating 22,000 Afghan refugees who aided the U.S. effort. I hope to God they pull it off. It doesn’t look like a particularly safe withdrawal.

Hundreds of Afghans packed into a US Air Force cargo plane leaving Kabul on Sunday as the Taliban took control.

640 people were reportedly on board, far more than its capacity. pic.twitter.com/fmBVwghCsp

But if you ask Tucker Carlson what the Republicans are most upset about, it’s not Taliban rule or the humanitarian crisis in Afghanistan, and it’s not in the way that Biden mismanaged the withdrawal. It’s the fear that those Afghan refugees — to whom our military owes a great debt — will become permanent residents of the United States. WHAT IF THEY VOTE FOR DEMOCRATS?

Tucker Carlson, already going there: "If history is any guide, and it’s always a guide, we will see many refugees from Afghanistan resettle in our country, and over the next decade, that number may swell to the millions. So first we invade, and then we are invaded." pic.twitter.com/4ES5fz4reb

Meanwhile, Ted Cruz — trying to score political points off of human suffering — retweeted a misleading meme from conspiracy theorist Jack Posobiec and got called out for it by CNN.

Rather than running off to Cancun in tough times, @clarissaward is risking her life to tell the world what's happening. That’s called bravery. Instead of RTing a conspiracy theorist’s misleading soundbite, perhaps your time would be better spent helping Americans in harm’s way.

The journalist, Clarissa Ward, who bravely pressed a Taliban fighter about women’s rights, also explained why the meme was inaccurate:

This meme is inaccurate. The top photo is inside a private compound. The bottom is on the streets of Taliban held Kabul. I always wore a head scarf on the street in Kabul previously, though not w/ hair fully covered and abbaya. So there is a difference but not quite this stark. pic.twitter.com/BmIRFFSdSE

JUST IN: Hillsborough County Public School Board will hold an emergency meeting Wednesday after 5,599 students and 316 staff have entered quarantine for COVID. The Tampa-area district, seventh largest in the U.S., has only been in school four days.

The Biden Administration, meanwhile, is calling for COVID booster shots about eight months after your first shot, so older folks and healthcare workers should be able to start lining up as soon as they are approved, which is expected to be around mid-September. Let’s get those shots for kids under 12 lined up soon, too, OK? (Those booster shots, by the way, are already available to immunocompromised folks).

Those vaccine mandates seem to be working some, too.


← Johnny Depp Has the Sads Because Hollywood Is Boycotting His Ass | You Can't Watch the Trailer for 'Bob Ross Happy Accidents Betrayal & Greed' Because, Mysteriously, There Is No Trailer →