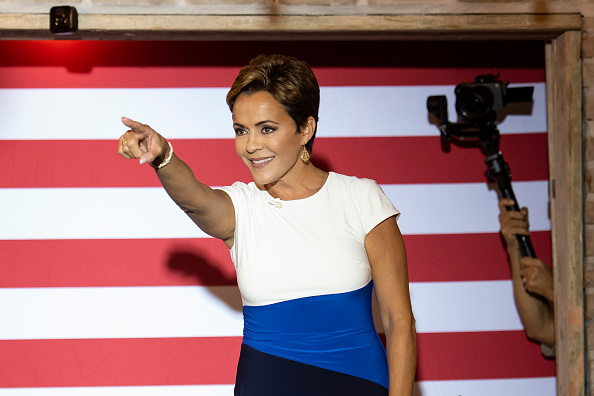 The Modern GOP Is the George Bush Laugh on Steroids

You’d probably have to go to the Wayback Machine to find it, but the first political piece I ever wrote — under the pseudonym Will Declan — for this website back in 2004 was about the George Bush laugh. I hated it, mostly for what it represented. It was the laugh of a bully. It was a belittling laugh that I imagine made every marginalized person in America recoil, but it was also the kind of laugh that invited others to join him. “It’s not about being a good person,” that laugh suggested, “It’s about being a winner. Come be a winner with me.”

Republican politics are now that laugh times a million. You can hear that derisive, “I’m better than they are” in the voice of every Republican politician laughing and sneering at Paul Pelosi. The attempted assassination of the Speaker of the House did not change the political dynamics of the midterms. Fox News and others initially attempted to chalk it up to a deranged loner, and the MAGA base even spread a wild conspiracy theory that a male sex worker attacked Paul Pelosi. Eventually, Republicans figured they didn’t need to obfuscate anymore. They could simply laugh at the 82-year-old man brutalized with a hammer by a man radicalized by the GOP, and when they laughed, their supporters would join in with them. You can hear echoes of that George Bush laugh in Kari Lake and her supporters.

As we take 10 min break from my daughters murder trial, I saw this news report on @KariLake & needed to reply. Kari, you are the lowest form of sewer dwelling scum for your Pelosi comment. Also, as my daughter was murdered in school, SHUT THE F-CK UP!!! pic.twitter.com/krVRnOXXZM

It’s the sneering, taunting laugh of an entire party that has dehumanized their political opposition. The overly confident “f*ck your feelings” MAGA crowd is back and in full force, and they project a lot of confidence in that laugh. Confidence attracts others who care less about policy, democracy, or humanity and more about winning. It is the laugh of someone who either knows they have won or will refuse to accept that they have lost. You can hear the same laugh in the bullying demeanor of Ron DeSantis. Democrats do not know how to combat that laugh and the one guy who seemed to had a stroke, which allowed the bullies to amass and encircle him. No one loves Ron DeSantis or Kari Lake. Undecided voters are bandwagoners too weak in character to stand up to them.

I hate the laugh, but we’re probably going to hear a lot more of it over the next two years, because of the weight of political gravity. The party in power does not win in midterms — ever — and as we are seeing, it doesn’t matter how inhumane or cruel the other party is. It is unfortunately political reality, and it will probably continue to be until Democracy crumbles (perhaps in 2024).

In the meantime, don’t let them bully you, folks. I know that your blood pressure will triple every time you hear that laugh, but don’t shrink away from it. Just remind yourself that this is not about who is better and who is worse; it’s about political cycles, something far more powerful than cable news, Elon Musk, foreign interference, or disinformation.


← 'Avatar: The Way of Water' Trailer: Is James Cameron Too Big to Fail? | Elon Musk's Futility Is One of the Internet's Last Remaining Joys →
Header Image Source: Getty Images
Most Viewed