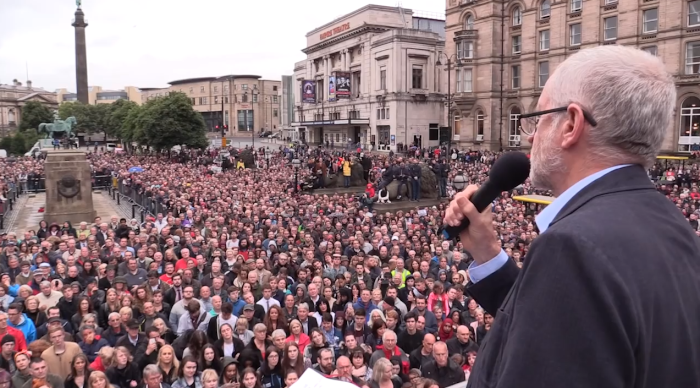 This is it. It’s tomorrow. I’ve been completely and utterly consumed by this General Election campaign, and I’m gonna need to take some time off when it’s all over. But for now, there’s nowhere else to go. A better world is possible. Let’s go pound the pavement one last time. See you all on the other side.

❤️Ok now I’m weeping. Please watch this next one, share it, tell me your plan for voting. I’m SICK that I can’t vote since I’m not a citizen. pic.twitter.com/rWkGmXAoUn

‘Stand ye calm and resolute,
Like a forest close and mute,
With folded arms and looks which are
Weapons of unvanquished war.

And if then the tyrants dare,
Let them ride among you there;
Slash, and stab, and maim and hew;
What they like, that let them do.

With folded arms and steady eyes,
And little fear, and less surprise,
Look upon them as they slay,
Till their rage has died away:

Then they will return with shame,
To the place from which they came,
And the blood thus shed will speak
In hot blushes on their cheek:

Rise, like lions after slumber
In unvanquishable number!
Shake your chains to earth like dew
Which in sleep had fallen on you:
Ye are many—they are few!’

← This Week on Podjiba: 'The Mandalorian', 'Watchmen', 'Mr. Robot', and More! | 'Which Actor Would Have the Best Story Arc If All They're Roles Were a Continuation Of One Another?' →