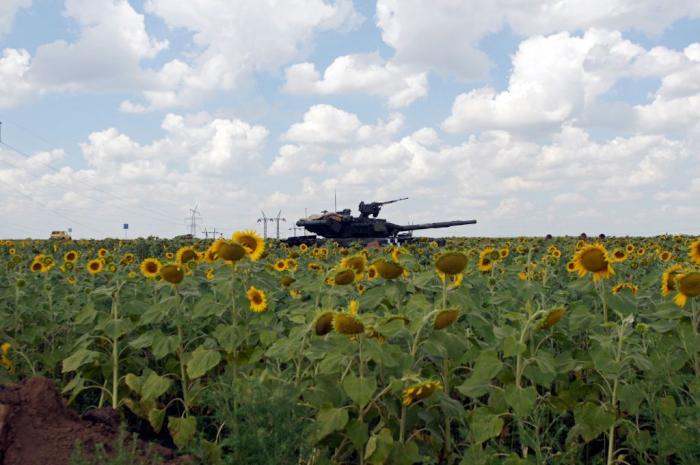 The Invasion Will Not Be Televised: Social Media Covers Russia's War

I spent a few years of my time in Chicago living in the Ukrainian Village neighborhood on the near west side. In no way does that make me an expert on the people or culture of Ukraine. But I will say that, in my experience, they understand the importance of community. I saw how they would come together to support their neighbors, their shop owners, help each other in times of crisis, and support local politicians at election time. There was also a very strong sense of identity completely independent of Russia. While I don’t think anyone is surprised by Vladimir Putin’s megalomania, the courage and bravery of the Ukrainian people has surprised some. I don’t think anyone, least of all Putin, expected to meet such resistance in the face of Mighty Mother Russia. (The sarcasm there is implied. You guys get that, right?)

Like all of you, I spent the weekend scrolling Twitter trying to sort valid sources from misinformation campaigns. While we’ve all seen the already infamous video of that badass Babusya and her sunflower seeds here are some other interesting things social media has been serving up about the conflict in Ukraine.

President Zelensky, I hope some of the other world leaders are taking notes:

President of Ukraine Zelensky rejects asylum offers from Europe: "I will stay in my country & if I die, I will die with my soldiers." US offered to evacuate #Zelensky but he refused & said, “I need ammunition, not a ride.” Protesters are chanting his name “Zelensky”! #badass pic.twitter.com/P6VxEwaD9n

The Ukrainian People: Zero Fs to give, excellent sense of humor.

Everyone doing their part:

There are definitely ways to talk about the invasion of Ukraine without being racist. Someone should tell these reporters:

[Thread] The most racist Ukraine coverage on TV News.

You love to see it. (Olexander Scherba is the previous Ukrainian Ambassador to Austria):

If true, it’s probably the first tank ever stolen by a farmer… ))
Ukrainians are tough cookies indeed. #StandWithUkraine #russiagohome pic.twitter.com/TY0sigffaM

How the GOP playbook turned on a dime from going after trans rights to being pro-Putin. And if you’re wondering about Jackie Singh, here’s her bio:

Listen up y’all. We need to shift the anti-gay, anti-trans crowd into pro-Putin, anti-Ukraine folks.

Of course, there are cats:

But also, more racism. Why is there always MORE racism? Please check out #AfricansinUkraine for more coverage and information on how to help:

Protests for peace across Europe. There were also a number of U.S. cities that turned their skyline lights blue and yellow in support of Ukraine.

The Philadelphia skyline was lit in blue and yellow, the colors of the Ukrainian flag, to show support for the country in the midst of a Russian invasion.
All of the latest updates here: https://t.co/O28gkM9KRx pic.twitter.com/TOmfCEHbLM

Chef Jose Andres’ World Central Kitchen Team is on the ground at the Ukraine/Poland border supporting chefs and feeding people:

This is Shatabdi & her cat Crimsee! 🐈 They overnighted in a bunker in Ukraine, then walked 60 kilometers & waited 12 hours in line at the border with no food before meeting the @WCKitchen team. She was having trouble walking & found the wheelchair on the way. #ChefsForUkraine 🇺🇦 pic.twitter.com/ZFCGqAByX5

Far be it from me to question someone with the stones to pick up a LANDMINE. Don’t try this at home. Or maybe do, if the need arises?

In #Berdyansk, a man removed a mine from under a bridge. pic.twitter.com/ZrBy1pqC0w

Everyone’s favorite Russian Asset couldn’t keep her mouth shut and was rightfully dragged for it:

We’re not entirely sure what this tweet is supposed to mean, and we’re literally the dictionary.

And finally a reminder: You might be born into a normal family and have a normal life — maybe as a doctor, or a journalist, or as an actor. You might not be born brave, or walk through your life feeling especially courageous. But as long as you can screw your courage to the sticking place when the time comes, you can be the hero your people need.

Volodymyr Zelensky is the Ukrainian voice of Paddington Bear. https://t.co/HuXsoSQe7e