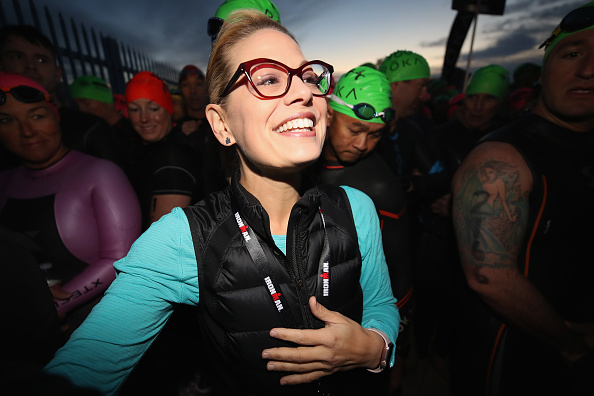 The Inflation Reduction Act Is So *$#@ing Cool!

Historically, when the government passes budgetary legislation, I’ve always looked at it theoretically. When you’re growing up and your single dad makes $9000 a year with three kids, the only thing that matters is the Child Tax Credit, which meant every April, my dad would get a tax refund and we wouldn’t have to worry about losing the electricity or the cable for a few months.

In recent years, however, I’ve begun to notice that the government actually matters. During the pandemic, we received checks! Checks that were very helpful! We bought flower beds and grew some of our own food, and bought chickens and a coop and got free eggs. And then because of the pandemic, they changed the tax laws to help benefit people who work from home. My tax obligations went down? It affected me, and I’m not even rich! It felt like the first time I’d ever gotten into a fender bender and went to the collision repair place, and they gave me a rental car and I came back a week later and my car was fixed and it only cost me like $200. I was like, “WHAT! Car insurance is so cool!” When I was a kid, my dad’s car got hit by a dump truck and totaled, and that just meant he not only had to borrow Granny’s car to get to work, but he also had to pay a fine for not having insurance, because the government penalizes poor people for being poor.

A lot, it turns out.

Kyrsten Sinema is going to come through on the bill, and it looks like it’s going to get passed. Sinema wouldn’t close the carried interest loophole but agreed to add a 1 percent excise tax on companies’ stock buybacks to make up the difference. Carried interest, stock buybacks … that sounds like rich people’s taxes, so I’m cool with that.

But here’s the deal: The legislation is meaningful. Like, it means something to me! Not only does it extend Obamacare subsidies so that millions of people can continue to afford health insurance, and not only will it lower the price of prescription drugs, but the climate change money is real and impactful. If you buy a new electric car, you get $7500 knocked off the price (and $4000 for a used EV) in addition to the thousands of dollars you will save in gas. The bill will pay you to buy something that will save you thousands of dollars and benefit the environment. Sweet! The biggest problem with that right now is that it’s hard to find an EV for sale, but that will change in the months and years to come. But if you’re in the market for a new car, and you see a gas car for $40,000 and an EV for $40,000, why wouldn’t you choose the EV? You’ll get $7500 knocked off the price of the car and save $100-$200 a month in gas! The choice is obvious! In 10 years, we’re all gonna be driving electric cars, and much of that will be because of this bill.

There’s also a ton of money available for people to make their homes more efficient. There was a subsidy like that available several years ago, and we paid like $8000 to insulate the sh*t out of our 1840s house, the government paid for basically half of that, and we saved hundreds of dollars on our energy bill. The whole thing will pay for itself many times over. I didn’t even know about it when we paid to get new insulation. The contractor guy gave us a form and told us to send it in, and they’d give us a rebate. I put it in a drawer and didn’t think about it for about a year, and then on a whim, I sent it in, and they sent me back a check for around $4000. I had to call them to make sure they hadn’t made a mistake. I was like, “Why are you giving me money to better insulate my house? This is insane! I did it to lower our energy bills, and you’re giving me money?” This time around, we’ll probably get solar panels because why not? Again, the government will help us pay for something that will save us thousands of dollars and help the environment. America!

The climate change bill is not one of those things where the federal government is going to give a ton of money to think tanks or climate-change activists or scientists to come up with solutions. They’re incentivizing us to help ourselves financially and save the environment. This is better than a new season of Ted Lasso!

And it will work, too. The bill will reduce emissions by 40 percent by the end of the decade. Forty percent! And we pay less for gas! And we pay less for electricity! And hey! If we buy more electric cars, car manufacturers benefit from that, and oil and gas companies lose out. It’s a win-win-win!

Whatever you want to say about Biden or the “feckless” Democrats or what a drag on the party Manchin and Sinema are, I just want to say: This is cool. I’m sorry to be a fanboy about it, but this is some badass legislation that will pay for itself by taxing corporations! What? You mean, corporate America is going to have to pay more money so that I can buy an electric car and solar panels, so that I don’t have to pay as much money back to corporate America? I am in love with this.


← Would You Believe There Are More Ezra Miller Allegations? | Kevin Spacey Ordered to Pay $31 Million to 'House of Cards' Producer for Alleged Sexual Misconduct →