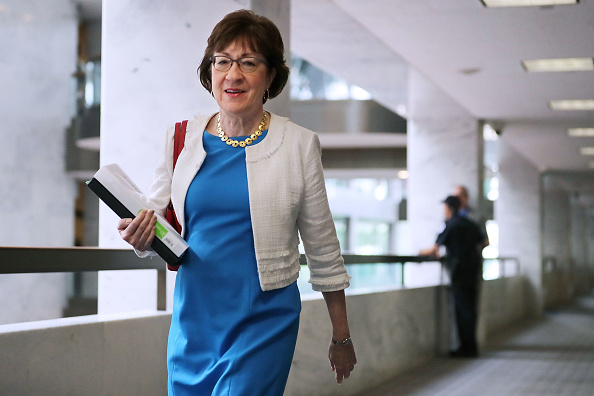 Whenever I write the phrase “refusal to commit to a peaceful transfer of power,” the thought that I have every time is, “It may not be peaceful, but you bet your ass that we will transfer that power.” A number of Republicans — presumably to set the nation’s mind at ease — have condemned Trump’s statements, including Mitt Romney, Lindsey Graham, and Mitch McConnell, among others.

McConnell: “The winner of the November 3rd election will be inaugurated on January 20th. There will be an orderly transition just as there has been every four years since 1792.”

Romney: “Fundamental to democracy is the peaceful transition of power; without that, there is Belarus. Any suggestion that a president might not respect this Constitutional guarantee is both unthinkable and unacceptable.”

Liz Cheney: “The peaceful transfer of power is enshrined in our Constitution and fundamental to the survival of our Republic. America’s leaders swear an oath to the Constitution. We will uphold that oath.”

Susan Collins: “I don’t know what his thinking was, but we have always had a controlled transition between administrations. And I’m certain that if there’s a change in administrations, that we have the calmness as well. It’s fundamental to our democracy.”

Ben Sasse: “He says crazy stuff. We’ve always had a peaceful transition of power. It’s not going to change.”

There have been numerous others, and this is notable only in that Republicans are actually condemning the President’s statements (although, most do not mention him by name). Usually, when Trump says something dumb, Republican Senators are suddenly unavailable for comment, or you can find them running from reporters in the halls of Congress.

Does that set anyone’s mind at ease? No, no it doesn’t, does it? I think we’re all sort of in agreement with Kyle here:

What makes anyone believe that Republican tweets supporting a peaceful transfer of power are meaningful? As we're seeing with SCOTUS, Republicans will always find a loophole in past promises, however sound those promises might seem. What makes anyone think this is different?

Also, honestly, does the Senate have any say in this? It probably wouldn’t be hard to get 5 GOP Senators to side with Democrats should Trump refuse to accept the results, but would that even matter? Again, this goes to what we were talking about earlier, namely we need to understand exactly what the process is so that we can head it off at the pass, if possible, or fight against it, if necessary.

One possible reason, however, why this situation might be different is that Republicans are in this for the power, right? I’m not sure how well the GOP understands this, but if Trump maintains the Presidency by ignoring the results and commandeering the government, he would effectively neuter the power of the Republicans, as well. Political parties and elected representatives are not meaningful in a dictatorship. A dictatorship means that one person rules with absolute authority. Republicans like to win, and they like to amass power. This would not be a “win.” This would be a takeover.” Every single person in Congress and the Supreme Court itself would lose their power if one person held on to all of it.

Do Republicans really want to cede all of their power to Donald Trump? Mitch McConnell is way too self-interested to give up any of his power.

Still, the answer to this question is not only unclear but possibly irrelevant, because it’s not like most dictators ask for permission from their own party before taking it over. I wouldn’t put our faith in Susan Collins or Mitt Romney, is what I’m saying. If there is no peaceful transfer of power, it will be up to us — the American people — to ensure through all means necessary that power is transferred.


← Say Goodbye to Harry Potter: Why Death of the Author Does Not Work for J.K. Rowling | Chris Rock Will Host the Season Premiere of 'SNL' →