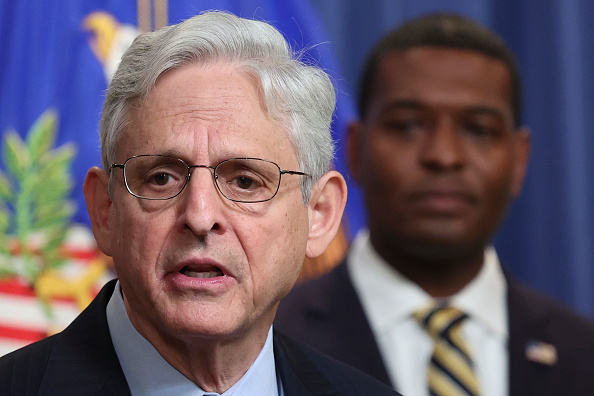 The DOJ Is Officially Investigating Donald Trump; Can It Secure a Conviction?

Yesterday, in an interview with Lester Holt, Attorney General Merrick Garland said that, regardless of whether it might “tear the country apart” (Lester Holt’s words), the DOJ would hold accountable anyone “criminally responsible for the events surrounding Jan 6, for any attempt to interfere with the lawful transfer of power from one administration to another.” In other words, Garland is saying that they are not ruling out holding Donald Trump criminally responsible for the events surrounding January 6th.

Meanwhile, on the same day, four people “familiar with the matter” confirmed that the DOJ is, in fact, criminally investigating Donald Trump. The question, then, is what crimes did Trump commit exactly? There are two tracks the DOJ is currently working on, according to The Washington Post:

The first centers on seditious conspiracy and conspiracy to obstruct a government proceeding, the type of charges already filed against individuals who stormed the Capitol on Jan. 6 and on two leaders of far-right groups, Stewart Rhodes and Henry “Enrique” Tarrio, who did not breach the Capitol but were allegedly involved in planning the day’s events.

The second involves potential fraud associated with the false-electors scheme or with pressure Trump and his allies allegedly put on the Justice Department and others to falsely claim that the election was rigged and votes were fraudulently cast.

The House, obviously, has been investigating Trump, as well, but the House cannot bring criminal charges (although, they can recommend them to the DOJ). The House has sought to illustrate that Donald Trump’s actions incited the January 6th riot. Trump certainly encouraged it; he didn’t try to stop it; and it appeared to have his blessing. Trump’s actions that day were sociopathic, and he clearly hoped to overturn the election. But what role did Trump have directly in planning it? Did he knowingly incite the mob, and can the DOJ prove that to a jury, because juries are not reliable? DOJ could certainly prove that Donald Trump wanted the mob to hang Mike Pence, that he wanted to join the mob, that he knew they had weapons, and he prevented a large-scale response from law enforcement, but can it prove that he asked them to storm the Capitol? Did he speak to any of the far-right leaders who planned the events of January 6th, or was that handled by his people, and if so, did he direct his people to handle it?

I think the fake-electors scheme is more open-and-shut. From what we know, he did make calls pressuring state legislators by asking them to submit fake electors; he did ask the DOJ to lie and say there was voter fraud; and he did threaten to fire interim AG Jeffrey Rosen and install Jeffrey Clark, who attempted — based on false and fraudulent information — to convince key swing states to submit to Congress slates of electors falsely stating that Mr. Trump had won.

Yes. He attempted to pressure states to submit false electors. There is ample evidence proving as much. The question is whether a jury would hold him criminally responsible for something he did not succeed in doing because, as we all know, the jury system in America is unpredictable as hell.


← The Kardashians to Instagram: 'Stop Trying To Be TikTok' | Disney Is Going R-Rated, You $%#s →