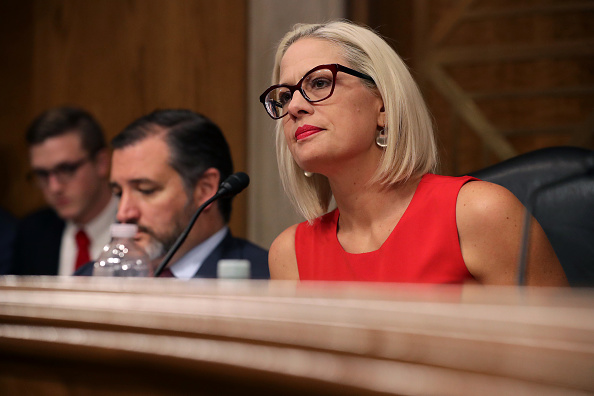 The Biden Administration has agreed to an (unnecessary) compromise with moderate Democrats on direct stimulus payments. Sources say that phase-outs for the $1,400 checks will begin at $75,000 a year for individuals and $150,000 a year for families and that those who earn more than $80,000 a year or $160,000 a year as a family will be disqualified.

This, as they say, sucks a fat one. I know from writing about this topic before that there are a number of readers here who fall under the category of, “Yes, we earn a little more than $75,000 a year, but $1,400 would be really meaningful in my situation,” or where $5,600 would be hugely impactful for a family of four that earns $165,000 a year.

The most inequitable outcomes, however, would happen to those who lost their jobs in 2020, because the checks from what most of us understand will be based on 2019 tax returns. The only mechanism in place to protect those people are enhanced unemployment benefits, which the Biden Administration insists will remain at $400 a week in the stimulus bill, which is good. Except that a family of four who earned $161,000 working in the hospitality industry in 2019 but lost their jobs in 2020 and collects about $35,000 - $50,000 a year combined in unemployment benefits (pro-rated) and who need those direct payments the most would not qualify for anything. That is very messed up.

It’s unclear why moderate Democrats — Joe Manchin and Krysten Sinema, in all likelihood — are even pushing for this. Are they worried about the optics of … giving checks to middle-class families? These direct payments are extremely popular — 80 percent of the country supports them. There are some Republican legislators who do not, but the Republican base absolutely supports them, as do Democrats. This limitation produces no winners, only losers, and in some cases, people who lost their jobs in 2020 will be punished again.

It is, to say the least, demoralizing, and while I’d like to think that the lack of direct payments to those earning over those income thresholds might be offset by writing off student debt, it seems more and more likely, unfortunately, that Manchin and Sinema will block those efforts, too.

I will, however, take some solace in the fact that so many millions of dollars are being directed to schools through the stimulus bill that districts will not be able to use it all in 2021 and will instead, according to many, use that surplus to fund raises for teachers for years to come.