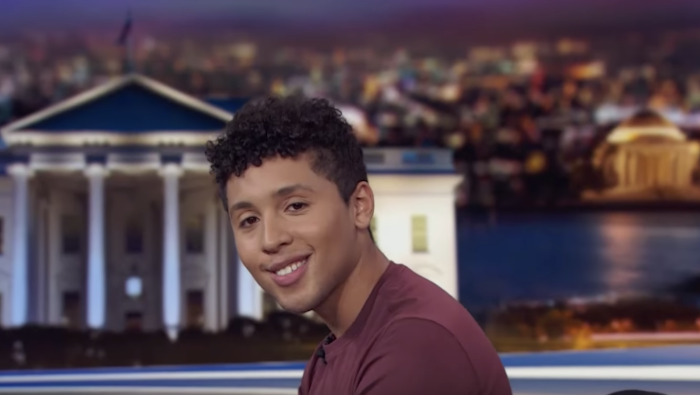 I was in Death Valley for much of Labor Day weekend, sweating it out in 115-degree weather (seriously, I don’t understand how that’s a habitable climate — it’s like living inside of a hot car), and while I was there, I took a news and politics break. I didn’t see much beyond the headlines, so I knew about the mass shooting in Odessa, of course, but I somehow missed the fact that the shooter had gotten his gun — yet another AR-15 — from a private seller after failing his background check.

Unfortunately, it’s not going to happen, at least not under the Trump administration. The Daily Show, however, has a novel solution: Make guns gay. Use that toxic masculinity against gun owners. But how do you make guns gay? According to The Daily Show’s Jaboukie Young-White, we’re almost there already: “Guns are gay. I mean, right off the bat, guns are what? Long, hard, and the best ones are black.”

Yeah, he went there. Jump straight to the 4:00 mark to hear Jaboukie Young-White’s pitch: