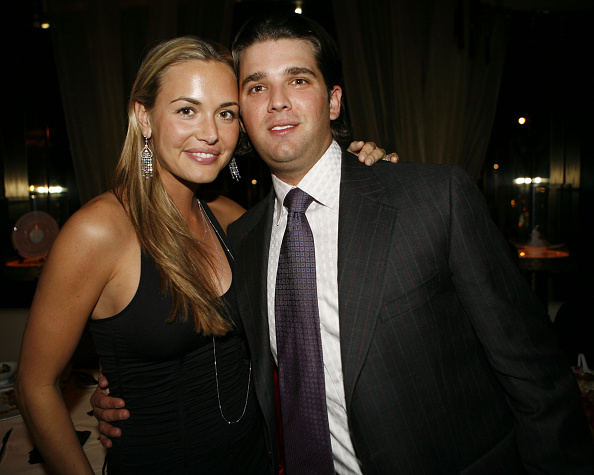 The Creep, the Thief, His Wife, and Her Lover

Do you know what else is not appropriate? Sleeping with the wife of the President’s son. And yet, that appears to be what may have led to the divorce of Donald Trump, Jr. and Vanessa Trump in 2018.

In her new book, she writes that Secret Service agents reported that Vanessa Trump, the wife of the president’s oldest son, Donald Trump Jr, “started dating one of the agents who had been assigned to her family.”

Vanessa Trump filed for an uncontested divorce in March 2018. Leonnig reports that the agent concerned did not face disciplinary action as neither he nor the agency were official guardians of Vanessa Trump at that point.

It’s just a reminder, folks, that Secret Service agents are people, too, who have needs and feelings and desires. Also, eww. It’s hard to account for their tastes, however, because another Secret Service agent also developed a “close” relationship with Tiffany Trump.

Leonnig also writes that Tiffany Trump, Donald Trump’s daughter with his second wife, Marla Maples, broke up with a boyfriend and “began spending an unusual amount of time alone with a Secret Service agent on her detail”.

Secret Service leaders, the book says, “became concerned at how close Tiffany appeared to be getting to the tall, dark and handsome agent”.

The agent and Tiffany Trump both say nothing inappropriate happened. I’m just surprised, honestly, that Tiffany had a Secret Service detail to begin with because it meant that Donald Trump must have acknowledged her as his daughter.

Meanwhile, in stones and glass houses, etc., etc., Donald Trump tried to get certain Secret Service agents that he deemed “too fat” or too short kicked off his detail. “How are they going to protect me and my family if they can’t run down the street?” he wondered.

Elsewhere, the latest on Matt Gaetz is that federal investigators are trying to get information out of a former intern of his, with whom he also had a romantic relationship. Specifically, they’re asking about a 2018 trip to the Bahamas, because she presumably has knowledge about drug use and paid arrangements he had with women, which could be in violation of the Mann Act. It’s a felony to transport someone across state lines to engage in sex work. It’s worth noting, too, that Gaetz showed nude pics of this ex-girlfriend to other members of Congress, because Gaetz is above all else, a creep.

Speaking of Gaetz, this is a pretty good comeback from Adam Kinzinger, one of the GOP reps who voted to impeach Trump.