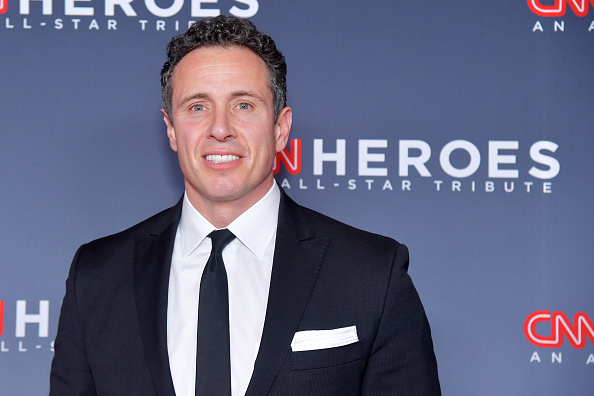 The Apple Doesn't Fall Far from the Other Apple: Chris Cuomo Accused of Sexual Harassment

CNN anchor Chris Cuomo, whose brother Andrew resigned as Governor of New York over the summer amid a cascading sexual harassment scandal, is likewise being accused of sexual harassment in a guest essay in today’s NYTimes. The journalist, who also advised his brother on how to avoid accountability while reporting on the Governor’s sexual harassment story for CNN, is accused of grabbing his boss’s butt in front of her husband.

The accusation, stemming from a 2005 incident, comes from Shelley Ross, a longtime producer of news and entertainment specials. From the Times:

“Now that I think of it … I am ashamed,” read the subject line of a 2005 email Mr. Cuomo wrote me, one hour after he sexually harassed me at a going-away party for an ABC colleague. At the time, I was the executive producer of an ABC entertainment special, but I was Mr. Cuomo’s executive producer at “Primetime Live” just before that. I was at the party with my husband, who sat behind me on an ottoman sipping his Diet Coke as I spoke with work friends. When Mr. Cuomo entered the Upper West Side bar, he walked toward me and greeted me with a strong bear hug while lowering one hand to firmly grab and squeeze the cheek of my buttock.

“I can do this now that you’re no longer my boss,” he said to me with a kind of cocky arrogance. “No you can’t,” I said, pushing him off me at the chest while stepping back, revealing my husband, who had seen the entire episode at close range. We quickly left.

Soon after, I received the email from Mr. Cuomo about being “ashamed.” He should have been.

The email is included in the piece, where he apologizes, calls her husband a “good and noble” person, and compares groping her to a similar incident for which Christian Slater was arrested. Cuomo seems to believe that the experiences were different because Slater’s intent was “negative” while Cuomo’s was a “hearty greeting” because he was “glad to see her.”

Grabbing someone’s ass is not a “hearty greeting,” although the Cuomo brothers seem to believe that fondling someone is a sign of affection.

Ross, for the record, penned the guest essay, not in an attempt to get Chris Cuomo canceled, but to implore him to illustrate what “accountability can look like in the #MeToo era.”

“I hope he stays at CNN forever if he chooses. I would, however, like to see him journalistically repent: agree on air to study the impact of sexism, harassment and gender bias in the workplace, including his own, and then report on it,” Ross writes.

Chris Cuomo, for the record, did not deny the accusation, providing this response to the Times: “As Shelley acknowledges, our interaction was not sexual in nature. It happened 16 years ago in a public setting when she was a top executive at ABC. I apologized to her then, and I meant it.”