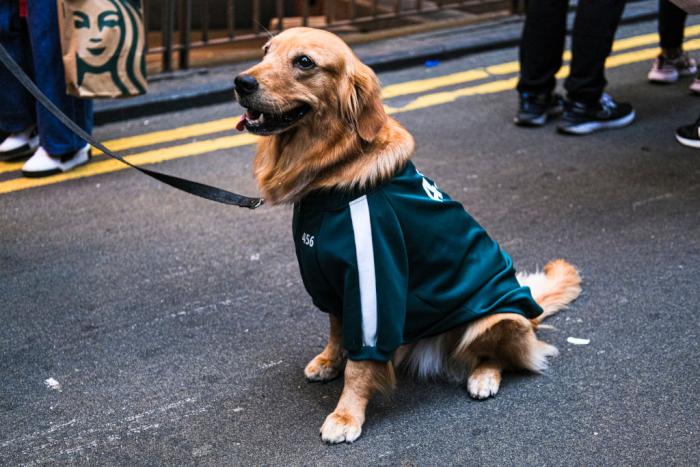 America has a peculiar relationship with dogs. We adore them. Over 63 million households have at least 1 dog. That’s slightly over half of US households. And they’re all good dogs, Brent. Bad owners are a dime a dozen but truly bad dogs are rarer than altruistic billionaires. We love our dogs so much that an annual $75 billion industry has developed to support them. That doesn’t take into account the invaluable services dogs provide in exchange for food and shelter. From herding farm animals to assisting disabled people, from bomb disposal to emotional therapy, dogs are our symbiotic partners in ways unique to the species. Not even cats, adorable little monsters that they are, come close. Dogs humanize us. They make us better people. Not only good people like dogs and vice versa, but only unwise owners ignore their otherwise placid pet if they take an instant dislike to someone.

And yet as a nation, we treat our dogs horribly. Breeders turn their dogs into puppy factories, churning out ever more high-priced, inbred specialist breeds while tens of millions of strays roam the US, primarily in the South. The actual number is impossible to know, but with over 1 million in Houston alone, it’s far more than there should be. 5500 US dogs are killed in shelters every single day. Irresponsible owners starve, abuse, and refuse to spay or neuter their animals, so every day the problem grows. People are suckers for a heartwarming dog rescue story on Facebook, but Care emojis rarely translate into time or money spent on a solution. It’s heartbreaking to imagine the scale of the problem and so we focus instead on the microcosm of adoption successes. Still, we love our dogs. And so when CNN promotes an “Analysis” of China’s extreme Covid prevention measures that include the callous killing of pets, the news network knows precisely what it is doing.

This “man bites dog” story is ostensibly about how the Chinese Communist Party has used the Covid-19 pandemic to seize more power for itself and further restrict citizens’ autonomy. No doubt it’s true, though the writers take until the penultimate paragraph to raise the point. The CCP isn’t known for its humane methods, as the Uyghars can attest. The brutal killing of pets by local authorities while their covid-infected owners are in quarantine is appalling, and it’s hard to beat as a metaphor for cruel government overreach. So what does it say about this that this sort of extrajudicial killing of dogs isn’t only a frequent occurrence but one that happens dozens of times every day?

According to the Justice Department, cops kill 25-30 dogs every day in the United States. By those numbers, Chinese authorities are playing catch up. The low end of that estimate means American police kill over 9,100 pets every year. Many of these dogs are pets and service animals. And while local communities might be outraged , police are rarely punished for their brutal actions. They either claim they were threatened by the dog, or courts dismiss charges of animal cruelty or improper seizure because of the preferential treatment the justice system give cops. Lawsuits sometimes deliver financial reimbursement when legal options fail, but the violent officer doesn’t pay the settlement. The community does. And how much does a check mean to a family grieving the loss of a devoted companion?

CNN takes an odd stance with its “Chinese Authorities Killing Pets” story, given that as far as I can tell, they haven’t reported on American police killing a pet since 2015. There were almost 55,000 dogs killed by police in that period, yet the only stories they’ve reported on in that time were K9 units shot by suspects. So why does the network think China’s governmental overreach is a national story? I’ll give you a hint: it’s the xenophobia. Between racism and American resentment over the geographical origins of the Covid-19 pandemic, CNN knows stories about murdered dogs are an attention-grabber. But only, it seems, when foreigners are doing the killing.

Whataboutism rarely does any good. Of course Chinese authorities shouldn’t kill beloved pets out of convenience. It’s a brutal, backward, and ineffective way to stop Covid-19 outbreaks. It’s animal cruelty, plain and simple. But American outrage isn’t going to stop the practice. It could protect pets — and humans, because let’s not forget how many unarmed people are shot by authorities every year — from American police, were it taken seriously. But so long as the media only focuses on dogs killed half a world away, every itchy trigger finger remains a mortal threat to our canine companions.