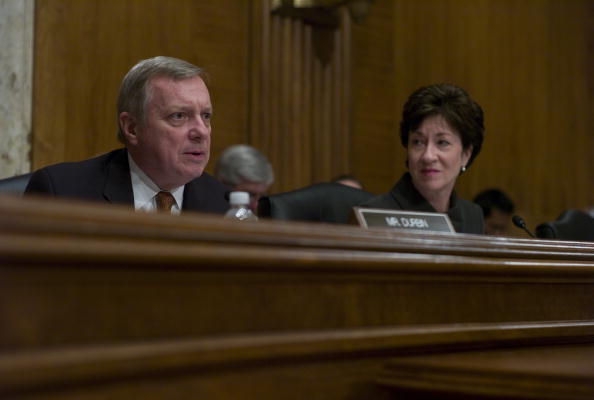 Centrists are not very popular around these parts (an understatement, to say the least), and while I agree with my colleagues that centrism is bad for agenda-setting and policy-making, it is a necessary evil when it comes to legislating. As outlined extensively in this Times piece, it was the moderates — those spineless politicians we loathe during election season (Mitt Romney, Joe Manchin, Lisa Murkowski, SUSAN COLLINS, Dick Durbin) — who got the job done.

The country desperately needed the $900 billion COVID relief bill that passed through Congress last night, and it wasn’t going to happen without the “reasonable” center. If all the legislating were left up to Ted Cruz and Alexandria Ocasio-Cortez, we’d never get anywhere. We’d be f**ked. Hell, for months, COVID relief was held up by Pelosi and McConnell (both moderates in their own parties), who played hardball before the election and cost us at least another $900 billion in relief funds (the Republicans had offered $1.8 trillion in COVID-relief before the election; Pelosi was sticking with $3 trillion; and now we get … $900 billion).

I’m not saying that Pelosi wasn’t right to hold out for more money for state and local funding, but I am glad that the evil centrists managed to talk some sense into their respective parties and make them see that this is no longer about politics, it’s about necessity. Enhanced unemployment benefits will be extended another 11 weeks; another $285 billion (including $15 billion for theaters!) will be allocated to small businesses (like all of our favorite local restaurants) through the PPP program; schools will be able to continue with our insane hybrid models; and thanks to two Senators on opposite sides of the spectrum, Josh Hawley and Bernie Sanders (plus Representative Pramila Jayapal — who whipped the progressives in the House), we will all also get $600 checks, which is not enough for the people who are suffering the most, but should keep the economy propped up for a few more months because those families who are not in dire straights will hopefully plow that money back into local economies (for those who aren’t in desperation mode, try and make a promise to yourself not to spend any of that $600 at Amazon!).

The COVID relief bill was also crucial politically for Joe Biden. If it hadn’t passed, he’d be starting his Presidency with a spiraling economy. This gives him a few months of breathing room — 100 days leeway to try and set his agenda. He’s going to ask for more money, obviously, but who knows if he’ll get it. This at least guarantees that he doesn’t start his Presidency with the economy in a free fall along with the public health, which is already in a free fall.

So thanks, Centrists! I don’t care for your politics, but you saved America’s ass by forcing both sides to accept our bare minimums!