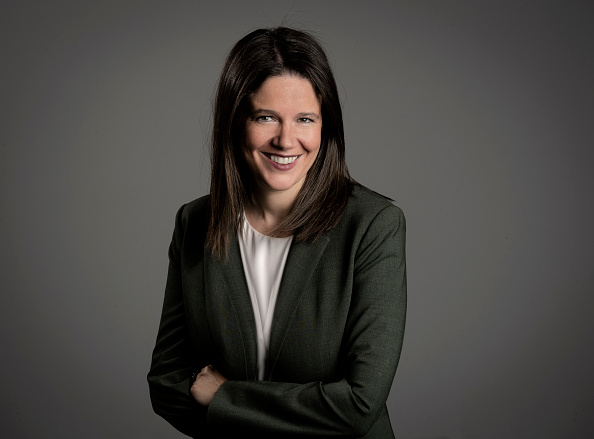 Good morning to those of you pretending to work half a day today ahead of the Thanksgiving holiday. I’m kind of pretending, too, so here’s a quick morning briefing:

— Donald Trump had a bad day in court yesterday. The Supreme Court cleared the way for Democrats in the House to finally get his tax returns, the 11th Circuit Court of Appeals seemed poised to end Trump’s special master, and Lindsey Graham had to testify about phone calls he made to election officials in Georgia after the 2020 election, presumably to pressure them to fix the election in favor of Trump.

— The Biden Administration, which is still dealing with a number of lawsuits holding up student loan forgiveness, extended the pause on student loan payments again, this time until June of next year.

— I don’t know much about the luxury brand Balenciaga — Kim Kardashian is a model for the company and apparently responsible for its rise — but the company and Kardashian came under fire for controversial ads released this week that have since been pulled. How these got through is beyond me, but here’s how ABC News describes them:

The advertisements, which were originally posted earlier this week, were for the brand’s new holiday gifting campaign. The photos featured children posing with the company’s plush bear bags, which wear BDSM-inspired harnesses.


One photo featured a child standing on a bed with one of the plush bear bags, surrounded by other purses and accessories that include what appears to be a chain leash as well as a Balenciaga branded dog collar choker.

Yikes. Of course, Tucker Carlson and the right are going ballistic, unapologetically conflating this ad campaign with, for instance, drag queen story hours and gender-affirming care, creating the sort of toxic soup that led to the shooting in Colorado Springs over the weekend.

— There was a lot of drama in the political world on Twitter yesterday (separate from Elon Musk), because Ashley Parker, a political reporter for The Washington Post, equated the “lies” of the Biden administration to the lies of the Trump administration. I’ll let you figure out what’s wrong with this tweet:

I spent four years covering the Trump WH and two years covering the Biden WH. What’s fascinating is that they both lie, albeit in v different ways. Trump team was shameless, whereas Biden team is too cute by half. https://t.co/AphB967gHE

Maggie Haberman did herself no favors in defending Parker on Twitter a number of times yesterday:


The press also needs to cover people in power currently and people suggesting that a tweet is somehow the greatest journalistic offense that could exist - and suggesting it said something it didn’t - are not helping folks who get their understanding of journalism from this site.

For the record, and this goes particularly for my colleagues here: If I ever say something idiotic on Twitter, don’t try to help! It won’t do any good, and you’ll get sucked in, too.

Walker: This erection is about the people pic.twitter.com/rx9Ju595q3

So it’s pretty clear adidas had no problem with Kanye’s behavior for a very long time https://t.co/uuT9W6YGeD pic.twitter.com/LkBjdSiLxb


— Finally, for privacy reasons, I don’t talk about Mrs. Pajiba-hyphenate often except to say that she’s a much better person than I am, but I’m very proud today that she’s been recognized for her work in the Jewish Community and resettling refugees here in Maine. She’s incredible. (Portland Press Herald)