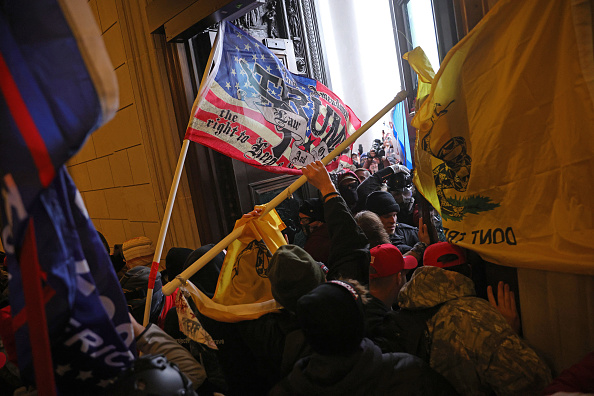 I didn’t think there’d be much new to learn from Congress’ bipartisan investigation into the January 6th attacks, although I imagine that — like nearly everything in Trumpworld — the latest revelations will somehow be normalized by Thursday.

Yesterday, the January 6th Committee unanimously recommended contempt charges for Mark Meadows after Trump’s Chief of Staff refused to testify in the investigation. The criminal charges will be sent to the full House, which is expected to vote today to refer the matter to the Department of Justice. Meadows, like Steve Bannon, is facing up to a year in prison.

It’s more evident than ever why Meadows (and Bannon) have refused to testify, beyond the fact that Donald Trump is compelling them to stonewall the investigation. In text messages read aloud by Republican Liz Cheney yesterday, we learned that Meadows was more involved than previously known in efforts to order the Capitol rioters to stand down.

To wit, Donald Trump Jr. and several Fox News hosts — who acted more like Trump aides than journalists — pleaded with Meadows to make Trump condemn the attacks. “He’s got to condemn this shit ASAP,” Donald Trump, Jr. texted to Meadows. “I’m pushing it hard,” Meadows responded, adding “I agree.” Trump Jr. followed up, adding that Trump needed to speak from the Oval Office. “He has to lead now. It has gone too far and gotten out of hand.”

The texts illustrate what has been known all along: That the White House knew exactly what was going on; that Trump dragged his feet because he wanted to see how it would play out; and that the Fox News hosts who pleaded with Trump to call off the rioters have been dishonest and hypocritical in playing down the attacks on the network over the past 11 months.

“These text messages leave no doubt,” Liz Cheney said. “The White House knew exactly what was happening here at the Capitol.”

Five people died and many others were injured in the riots, which were part of Trump’s efforts to overturn the election results and maintain the Presidency.