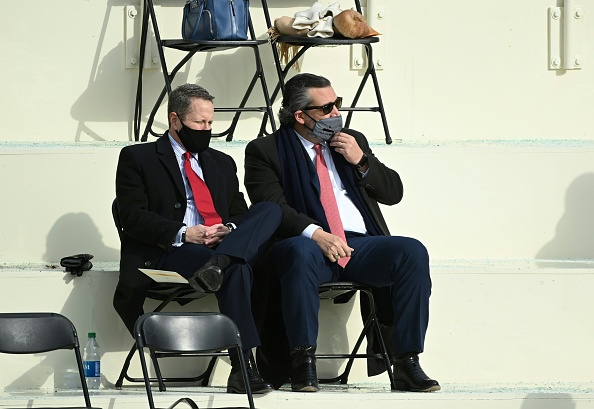 Ted Cruz Should Not Have Gone After Seth Rogen

You could tell it was going to be a weird Ted Cruz day when he started it by attending the Inauguration where Biden was preaching unity with a mask that read, “Come and take it.”

That Ted Cruz would wear a “Come And Take It” mask to President Biden’s inauguration - especially when Biden and Harris are the target of assassination threats - tells you everything you need to know about this pathetic man. pic.twitter.com/BrtpnJlADx

I don’t know who remembers this, but even before he ran for President in 2016, he was widely regarded — by Democrats, Republicans and his college roommate alike — as the least-liked person in the Senate. He is loathed, and it feels like he’s trying to turn that into a brand.

At some point Ted Cruz realized that everyone would always hate him so he just decided to lean into it. Probably made it easier for him to get through the rest of kindergarten. 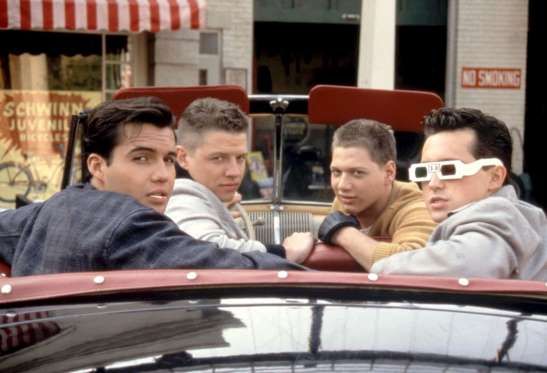 But nobody likes Ted Cruz. Ted Cruz has absolutely no hope of winning a national election. Zero. He’s like the shitty Lost clone of Trump. He’s Flash Forward, and yet, he refuses to define himself on his own terms. Instead, he persists in trying to emulate a man who left office with the lowest approval rating in the history of departing Presidents.

The thing about Cruz, also, is that he is well educated, and when you’re trying to emulate Trump, it basically manifests itself in pedantry, but not just any pedantry. It’s bad-faith pedantry because Cruz is smart enough to know better, but he believes this is how to relate to Trump’s base. To wit:

By rejoining the Paris Climate Agreement, President Biden indicates he’s more interested in the views of the citizens of Paris than in the jobs of the citizens of Pittsburgh. This agreement will do little to affect the climate and will harm the livelihoods of Americans.

Cruz knows better, and there’s nothing worse than bad-faith pandering. At least Tr*** was dumb enough to think it actually was about France.

Here’s another one- Cruz knows the Paris agreement isn’t about the citizens of Paris. He just thinks we don’t. Bad faith from a bad actor. https://t.co/0MmpI4vHQD

By signing the Abraham Accords, Donald Trump indicated he’s more interested in the views of people named Abraham than Americans with other names.

See how dumb that sounds? https://t.co/FcOGAVdKeX

The other irony is that Pittsburgh specifically decided to remain in the Paris accords, even when Trump pulled the nation out.

The bad-faith tweet did, however, have one benefit. It invited a profane response from Seth Rogen.

Fuck off you fascist.

That response invited one from Ted Cruz, who endeavored to pander to Trump’s base by going after Seth Rogen for his connections to the film industry. Rogen shot back with more of the same.

If you’re a rich, angry Hollywood celebrity, today’s Dems are the party for you.

If you’re blue-collar, if you’re a union member, if you work in energy or manufacturing…not so much. #JobsMatter pic.twitter.com/mwtMaBKiS2

However, after thinking about it for two minutes, Rogen came back with a much better response, and this one will shoot to the top of Ted Cruz Google searches, where it will likely remain for a very long time.

If you’re a white supremacist fascist who doesn’t find it offensive when someone calls your wife ugly, Ted Cruz is the exact motherfucker for you. https://t.co/w4zdynI2V9

And then the kicker:


← An Incomplete List of the Ways Joe Biden Has Already Bettered America In His First 24 Hours | It's a New Dawn, a New Day: POTUS Twitter Welcomes Chrissy Teigen →