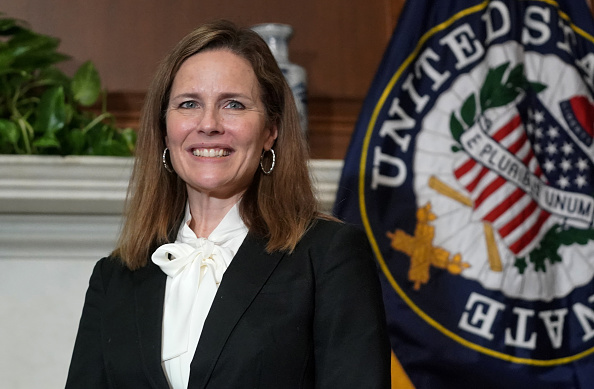 Remember when Ruth Bader Ginsburg passed away suddenly and the Republicans quickly crammed Amy Coney Barrett through the confirmation process before the November elections? At the time, I believe we vaguely knew about People of Praise, a Christian group to which Barrett belongs. But thanks to The Guardian, we now know a lot more (not that it probably would have made a difference in 2020).

People of Praise has a history of “inappropriate sexual expression” among its founders. Sexual misbehavior and religion probably does not come as a surprise to anyone, but Coney Barrett’s connection is not a tenuous one. There is a history of allegations of a sexualized atmosphere in the home of the founder of People of Praise, Kevin Ranaghan, and his wife, Dorothy Ranaghan, which just so happens to be the same home that Amy Coney Barrett lived in while attending law school in Notre Dame. So did her husband.

What sort of sexual displays? From The Guardian:

Cynthia Carnick stated in the documents that she had witnessed Dorothy Ranaghan tie the arms and legs of two of the Ranaghans’ daughters - who were three and five at the time the incidents were allegedly witnessed - to their crib with a necktie. She also said that the Ranaghans allegedly practiced “sexual displays” in front of their children and other adults, such as Dorothy Ranaghan lying with her clothes on and “rocking” on top of Kevin Ranaghan in their TV room.

Two other women have lodged similar allegations, one of whom said that Kevin used to take showers with his daughters, who were 10 and 11 at the time.

That’s not all. Those who enter into the Christian cult and live in Kevin Ranaghan’s home also have to hand over their paychecks and their money and dating relationships are controlled by Ranaghan.

The South Bend-based group is a covenanted community, which means that members have entered a “covenant commitment” to live together - sometimes families and single members can live in a single household - and are expected to share portions of their income and regularly attend hours-long private prayer meetings, which can include exorcisms and speaking in tongues. The group has about 1,700 members, is mostly Catholic but is open to all Christians, and espouses conservative views on gender. It opposes same-sex marriage and only men can serve on its board of governors or as coordinators, who lead different branches of the community.

The Washington Post reported in 2020 that a People of Praise 2010 directory showed Barrett served as a “handmaid”, a female adviser to other female members.

Coney Barrett, by the way, has never been publicly asked about her membership, not even during confirmation hearings for a lifetime position on the highest court in the land.