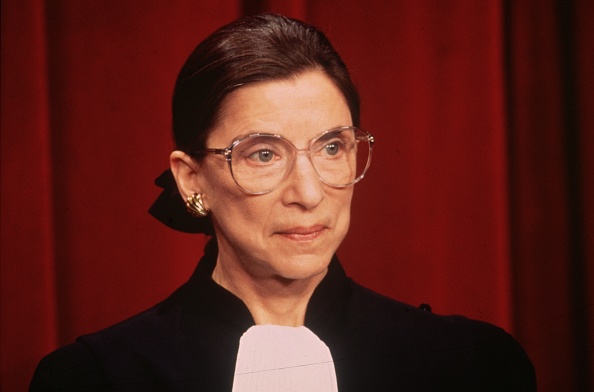 I’ve been taking it all in since the heartbreaking death of Ruth Bader Ginsberg on Friday night. I’ve read the pieces, I’ve seen the narrative on social media, I’ve exchanged emails and texts with friends. I don’t know what’s going to happen — I have no idea — but I will say this: There’s an insidious argument that surfaces every time we’re put in a situation like this, and the narrative always goes something like this: Democrats are “p*ssies” and, in our political fights, we should be more like Republicans.

You know who else wasn’t soft? The hundreds of thousands of women who marched at the first Women’s March after Trump’s inauguration in January. The hundreds of thousands of people who protested the Muslim bans, and who pressured the Senate not to repeal the ACA, and the way that millions of protestors lined up behind Black activists around the country to orchestrate Black Lives Matter protests for weeks around the country during a pandemic. On Friday night, after RBG’s death, Democrats shattered ActBlue’s fundraising record. SHATTERED.

I don’t know what’s going to happen with the Supreme Court. Nobody does. Ultimately, it probably won’t come down to the actions of the Democrats, but the actions of a select few Republican Senators, some of whom will be completely immune to political pressures, because no amount of money or marching will change their minds. They will vote their political interests, which is what Susan Collins has done. She has vowed to oppose replacing Ginsberg before November, not because it is the right thing to do, but because it is the only chance she has at political survival. That’s what Republicans do: That’s weak. That’s craven. They serve no one and nothing but their own political interests, so no: I have no interests whatsoever belonging to a party like that. I’d much rather belong to the party that has taken to the streets by the millions over the last four years to hold their middle fingers up to up the powers that be. So go ahead, call Warren, or AOC, or Katie Porter, or Ayanna, or Ilhan, or Bernie, or Tammy Duckworth “weak,” because they will f**king step on your necks.