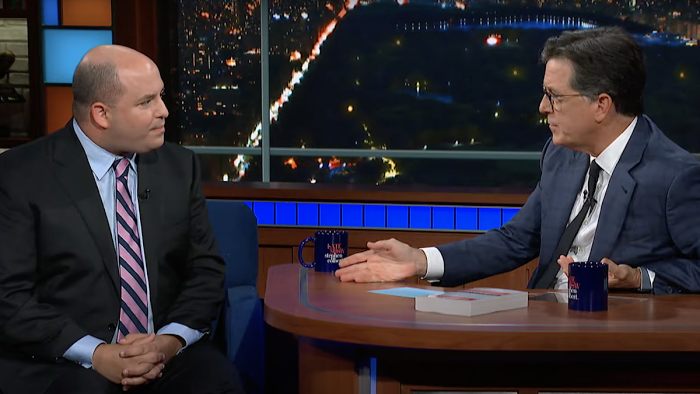 Yesterday, the Andrew Cuomo sexual misconduct scandal finally caught up to him. After 11 women came forward with allegations of sexually inappropriate behavior (and an AG report confirmed them), Cuomo resigned in disgrace. One political journalist who did not cover the story, however, was Andrew’s brother, Chris Cuomo, a top-rated anchor over on CNN who was conveniently on vacation. It’s probably a good thing, too, because Chris Cuomo would not have been able to discuss the biggest story of the day — of the summer — on his own show because CNN prohibited Chris from covering his brother on the air after it was revealed in May that Chris Cuomo had engaged in strategy sessions with his brother over how to handle the scandal.

CNN did not, however, have any such rules in place during the early days of the COVID-19 pandemic when Andrew Cuomo appeared practically nightly on CNN to discuss the ongoing situation. To be fair, in mid-March of 2020, a lot of us were not in our right heads when it came to Chris and Andrew Cuomo, including ourselves and Trevor Noah.

The Cuomo Bros. glow did not last for long, however, because we all quickly came to our senses, Chris Cuomo was infected with COVID, the nursing home scandal erupted in New York, Andrew’s approval ratings began to tank, and the sexual harassment scandal took over.

Last night, Stephen Colbert — who was not on the air in mid-March of last year — coincidentally had CNN’s media reporter, Brian Stelter, as a guest, which afforded Colbert the opportunity to interrogate him about the Cuomo situation. Stelter defended Chris Cuomo (and his own network) by suggesting that Chris has drawn an ethical line, which elicited a chagrinned reaction from the studio audience.

“Some people are mad at him,” Stelter conceded to Colbert, before confirming that he has “a source who says that Chris was on the phone with his brother this week.”
“Is your source Chris Cuomo?” Colbert asked.
“He is not,” Stelter replied.
“You’ve got to have boundaries. You’ve got to draw a line.”
“Why? He doesn’t!” Colbert retorted.
“I think he does actually,” Stelter said to a chorus of groans.

TONIGHT: @BrianStelter talks about the "wide range of opinions" inside CNN regarding anchor Chris Cuomo's coverage of his brother Andrew. #LSSC pic.twitter.com/27Z02RTNa3

When asked why CNN didn’t establish a wall between Chris and his brother when Andrew was appearing on CNN nightly, Stelter could only offer a wan defense, saying that it’s “really complicated” (not really), while adding that there is “no page for this” situation in the “journalism ethics book.”

It’s not so much a page as an entire chapter on conflicts of interest, which Stelter knows more than anyone.

Later in the segment, Stelter was on much more comfortable ground, appropriately bashing Fox News and its “automatic contrarianism,” while suggesting that the contrarianism was killing Fox News viewers. “I think Fox has lost control of the monster that it has created,” he said. “They are scared of their viewers” because they know there are alternate outlets now that are even more radicalized than they are.