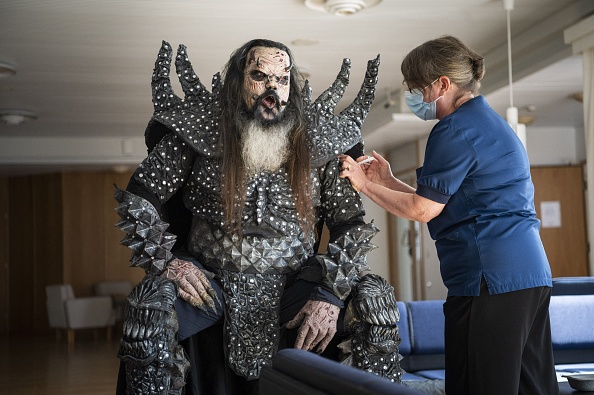 Some Decent News on the Vaccine Front?

It came nearly a month late, but yesterday, the Biden Administration announced that they’d met their 4th of July goal of having 70 percent of (adult) Americans vaccinated (with at least one shot). (The reality, however, is that only 50 percent of all Americans are fully vaccinated). This comes after vaccination rates have slowly begun to creep up again — on Saturday, the CDC reported that 816,203 jabs were given, the fifth straight day of 700,000 shots or more.

This is undoubtedly good news after vaccination rates had essentially flatlined at around 500,000 a day. The increased rate of vaccinations is being attributed to a number of factors, foremost among them the spread of the Delta variant and the numerous “I should have gotten vaccinated” stories from those severely infected and hospitalized with COVID-19. It’s too little too late for a number of states, like Florida and Louisianna which, combined, account for more than one-fifth of all new infections in the United States.

But the public pressure campaign is working, too. The federal government and the active military are now requiring vaccinations. Those who do not will be subject to frequent testing and mask mandates. Likewise, the NFL, Google, Facebook, Netflix, Walmart, and Disney — among other corporations — are now mandating vaccines. Some hospitals and universities are also mandating vaccinations.

Moreover, a number of restaurants and entertainment venues are also starting to require vaccinations, although I suspect that’s happening mostly in liberal communities (and even there, proof of vaccinations probably relies on the honor system).

For what it’s worth, those numbers are not likely to move significantly again until the FDA officially authorizes the vaccine (they’re working on it, and said to be speeding up the process) and emergency authorization is approved for those under the age of 12 (that’s expected for those 6-12 in the fall). One other motivation factor, however, may be if airlines finally require their passengers to get vaccinated in order to fly: 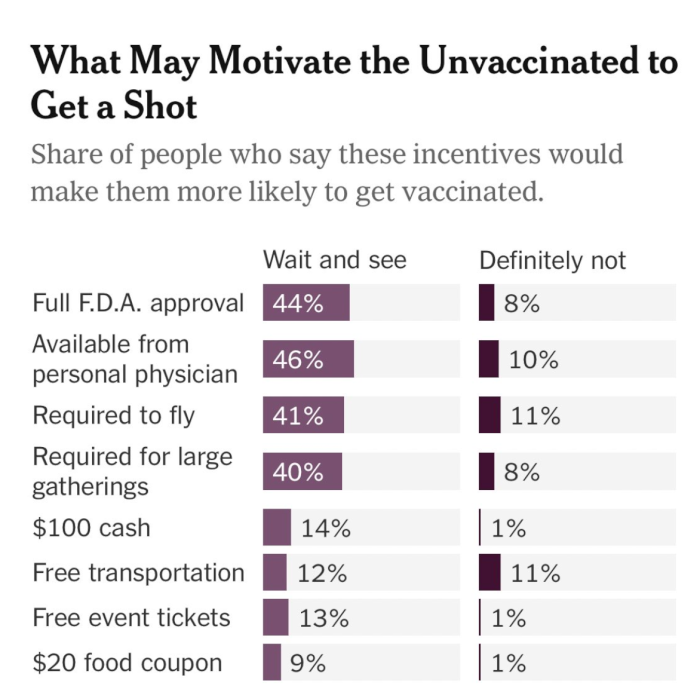 Personally, I think that more images like these might help, too. Getting vaccinated is metal, y’all. \m/