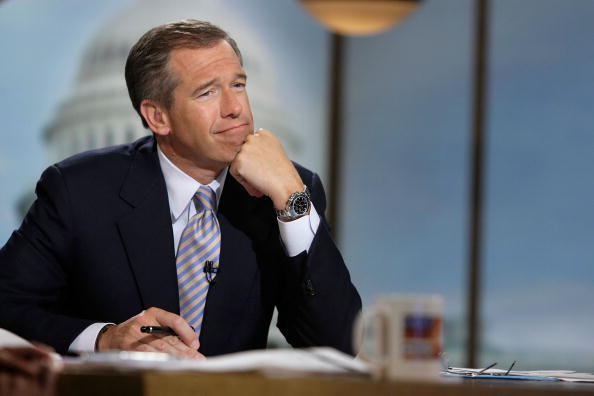 I didn’t watch it until last night, but I was blown away by the answer that Gen. Mark A. Milley, the chairman of the Joint Chiefs of Staff, gave to a question from a Republican Congressman about accusations by Trump supporters that the military is too “woke” and criticisms about critical race theory being a part of the curriculum at the U.S. Military Academy at West Point, specifically a seminar called “Understanding Whiteness and White Rage.” I should note here that Defense Secretary Lloyd J. Austin III — the nation’s first Black Secretary of Defense — suggested that a seminar about “white rage” should not be taught, but General Milley pushed back.

Watch this, not only because it’s a terrific answer, but to see the face of Matt Gaetz, who looks like a schoolboy getting a scolding. Milley goes full Nicholson on the GOP:

“I want to understand white rage, and I’m white,” Gen. Mark Milley, the chairman of the Joint Chiefs of Staff, said while testifying before Congress, pushing back on accusations from a Republican congressman that the military was becoming too “woke.” https://t.co/ix4dKxrC2d pic.twitter.com/HkFVB7d6Ur

The icing on the cake, however, came with Brian Williams’ snide comment directed toward Matt Gaetz after airing that video:

Williams, of course, is a marginally disgraced former anchor for NBC’s Nightly News, who lost that gig after lying about events that occurred while he was covering the Iraq War, lies that weren’t good, but also seem almost quaint relative to the spread of lies and disinformation by politicians and some cable news networks over the years since.

Getting kicked to the curb by NBC and relegated to the 11th Hour on MSNBC, however, has not only humbled Williams, but it’s also given him the freedom to give fewer f**ks. As an MSNBC anchor, he was obviously critical of the Trump Administration, but he’s also been on a roll lately, frequently condemning Fox News, the “Trump Media Industrial Complex,” and Trump Republicans with Williams’ brand of dry, no-nonsense snideness. Here’s a great swipe at the Trump media’s relationship with Vladimir Putin, for instance:

Brian Williams reminded us that FOX is a Russian asset.

There’s no video of it, but Williams was also criticized by, uh, Fox News last night for his “crude” condemnation of Texas Governor Gregg Abbott. “Crude” apparently means suggesting that Abbott is “deeply ensconced” in the rear area of Donald Trump.

“His state doesn’t have a dependable power grid, and yet he’s going to build his own wall on the border. And he’s being richly rewarded by a visit from his guy, Trump, next week,” Williams said. “If Abbott wants to, say, run for President, he must be more further ensconced in a particular area of Trump’s anatomy than even Ron DeSantis of Florida. And that won’t be easy.”

The segment flagged by Newsbusters also showed Williams attacking what he referred to as “Trumper” Republicans. “You can gaslight with the best of them, you can lie with impunity,” claimed Williams. “Generally the rule is: Say or do the most shocking thing imaginable, and that’s how you stay on brand.”

For the record, Williams leveled criticism at Abbott after he vetoed a bill with overwhelming bipartisan support that would have offered greater protections for dogs against abuse. It would have imposed fines for the use of heavy and/or short chains to keep a dog tethered, and would have protected dogs left outside in extreme cold or hot temperatures. It also had the backing of law enforcement and animal control officers.

Finally, here’s Brian Williams airing an ad that Fox News refused to air, even after being offered $180,000 to do so, not because the ad is inaccurate, but because it didn’t fit the Fox News narrative surrounding the January 6th insurrection.

brian williams is long done fucking around with everyone pic.twitter.com/MfOGzHqGuy

If Williams keeps this up, he might get himself promoted to The 10th Hour.

← 'The Harder They Fall' Has Us Riding Hard for the Cast of Netflix' New Western | Who Needs a Band When You Have a Face? →