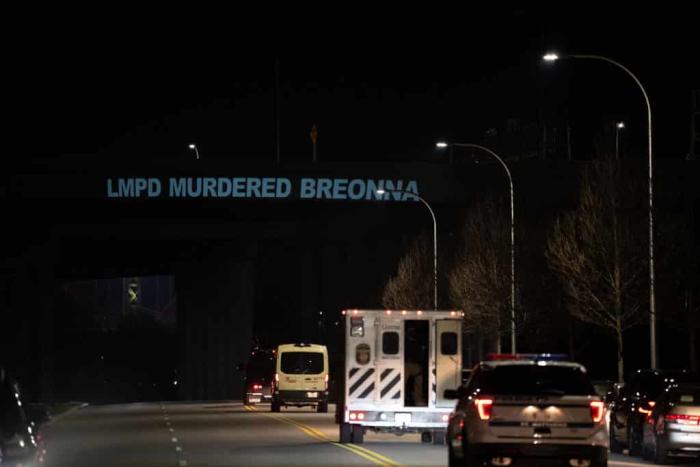 Oh Gee, Who Would Have Thought That Publishing a Book by Breonna Taylor's Killer Would Be a Bad Idea?!

Simon & Schuster has pulled out of distributing a proposed book by Jonathan Mattingly, the police officer who fired at Breonna Taylor during the raid that killed her.

The publisher, which is known for distributing many inflammatory books by right-wing figures, claimed that they had no idea the book was in the works with one of their imprints, Post Hill Press. This is the illustrious company behind books like Faucian Bargain: The Most Powerful and Dangerous Bureaucrat in History, Follow the Money: The Shocking Deep State Connections of the Anti-Trump Cabal, and They describe themselves as focusing on ‘categories of pop culture, business, self-help, health, current events, Christian, and conservative political books,’ and pride themselves for being ‘willing and able to move quickly and take advantage of opportunities in the marketplace.’ I suppose that’s one way of saying you’re corrupt ambulance-chasing opportunists who are only too happy to make a quick buck out of lies, hypocrisies, and straight-up propaganda. I can see why they thought it would be a good idea to publish a super Christian and current book like The Fight For Truth: The Inside Story Behind the Breonna Taylor Tragedy. I’m sure it wouldn’t have been racist or victim-blaming in the slightest.

Breonna Taylor has still not seen justice for her murder. Jonathan Mattingly remains on the department of the Louisville police. A woman who is not here to defend herself has seen her name dragged through the mud by racist Blue Lives Matter creeps, and a publisher thought that this was the story they needed to tell? And let’s not let Simon & Schuster off the hook here. They’ve shown themselves to be only too happy to throw big money behind these craven right-wing bullies. They were giddy to publish Senator Josh Hawley’s book until he literally supported a riot on the Capitol that killed several people.

They’re also paying $3 - 4 million for two books by Mike Pence. Oh goody, a big payday for him to rewrite history. Well done, S&S. There’s a full-on assembly line of these trash books out there and S&S is but one publisher eager to offer a profitable road to historical whitewashing for these people. This has nothing to do with ‘publishing a variety of diverse voices’, especially since publishing remains old, white, male, and very upper-middle class. This is about participating in a system that allows the powerful to control the narrative, and to be paid handsomely for it.

Christ, it’s only a matter of time before someone gives Trump a book deal, isn’t it? I warned you all!