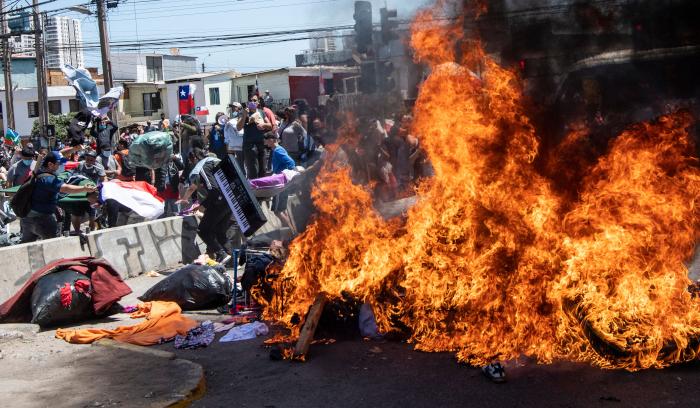 If you’re wondering what in the name of hell is going on with the header picture, here’s the short and bitter: On Sunday, an anti-immigrant protests took place in the city of Iquique, in the North of Chile. Objectively, there is a migratory crisis in that area as hundreds of Venezuelans arrive daily, fleeing the thorough disaster in that country. As the government has done jack shit to try and help them or simply process them, a few thousand of them have been settling in the parks, beaches, and streets of Iquique for over a year, despite pointless evictions. During that protest, a group attacked an encampment of migrants and burned their belongings. Tents, toys, documents, diapers and a baby stroller were thrown into a pyre.

There is more to this as always… but is there really? Because in every refugee and migrant crisis yields one horrifying picture that encapsulates the lack of humanity at the origin and at the destination of: The drowning of Alan Kurdi and Oscar Alberto Martínez and Valeria Martínez, Sandra Sánchez crying near ICE agents (luckily, she wasn’t separated from her parents). I couldn’t find any concrete evidence, but I wouldn’t be surprised if pictures of the Jewish refugees inside the MS St. Louis also moved the public opinion. Moved, but very little, as all of these examples were met with sorrow, outrage, and condemnation across the political spectrum, but were not met with policy changes, or harder still, with a change in that gut-level fear of immigrants. To paraphrase Raoul Peck in Exterminate All The Brutes, knowing is not enough, awareness is not enough. The problem with Venezuela’s migrant crisis is that not even the awareness is there, being substantially underfunded in comparison with the Syrian crisis.

Close to half a million Venezuelans have migrated to Chile , with up to 300,000 arriving in the last three years, many so destitute they walked all the way. In a country as isolated as mine, with a population of only 19 million, they make for a visible minority. Most of them are professionals, crowded with their families inside one-room apartments, hustling driving Ubers, trading all the things they can’t afford, working all over the hospitality and restaurant industry, Caribbean hospitality and warmth being a stark contrast to our cold-country dourness. Most of them waiting to have their diplomas validated here and start working in their own fields. They have been mostly well-received, but suspicions linger on. Far-righters suspect them of being a fifth-column of Maduro and Communism, even though many will punch a wall just on hearing those words. The Left in Chile suspects them of being the opposite, a steady flow of future right-wing voters. And the mainstream right, currently governing, have used them as pawns of their cynicism.

Venezuela, the same country that back in the ’70s was the first to receive thousands of exilees from Chile’s dictatorship.

Because regardless of the causes of the crisis and how Venezuelans migrants have been received by the public at large, Chile’s government has responded in the worst way possible: By doing nothing, taking performative measures to appear as hardliners on immigration, followerd by more nothing and more people arriving without any structure to receive them.

In February of 2019, President Piñera flew to Cúcuta, a city on the border with Venezuela, to attend a charity concert in aid of Venezuela. Always driven by his ego, he was trying to fashion himself into an international and regional leader (always chasing former president’s Michelle Bachelet’s stature), he did some grandstanding, and offered to continue sheltering Venezuelans in Chile, offering “Democratic Responsibility Visas”, because everyone is pussyfooting about calling them refugees, but that door was shut in 2019. Earlier in 2018, along with eleven countries, Chile agreed to receive Venezuelans with expired documents.

That would’ve been a remarkable policy, a proper humanitarian gesture between countries that share so much, from the wealthiest country in the Continent, but still very much middle-class on a global scale, to the poorest one. That would be the case if there was any substance to this man and this government. Instead, this is the same government that, just two months earlier, rejected the signing of the UN’s Global Compact for Migration, which would’ve helped to regularize and coordinate the response to the crisis, mostly to hold on to Chile’s far-right. The same government that expelled hundreds of undocumented migrants earlier this year, with great hoopla, cuffed and wearing white hazmat suits. Hundreds out of tens of thousands, a performative humiliation of people, most of which were from Venezuela. Meanwhile, the Colombian government has granted a ten-year asylum to more than two million people, this also being an incompetent, repressive right-wing government.

The migrants cross through the vast border with Bolivia, instead of the short and closely guarded Peruvian border. It’s an expanse of mountains and desert plains, three thousand meters above sea level. It’s a desert, but it can get very cold, even during the daytime. The crossing point is a small town called Colchane, where no transitory camps have been built, water and sanitation are barely available to the migrants, the health services have been collapsed and, unfortunately, houses have been robbed. Xenophobia only needs one crime to be unleashed on the other. The ultimate destination is almost always the capital, but under the pandemic, a chaotic system of lockdowns has been enacted between regions and districts, confining thousands of migrants to the city of Iquique and Colchane for over two years now, with no roofs or bathrooms. Despite warnings and scathing criticism by local authorities, the government keeps on doing nothing. There are reputable sources that confirm the government, back in February, outright rejected UN reports and their suggestions to address the crisis and even refused to build camps.

This is what happens when the state fails to provide: Two groups of people are put against each other even though their interests align in the most basic way. Nobody wants to take a crap on the beach and sleep in a tent on the sidewalk, nobody wants unsafe streets and having to beg for money or food. And the locals are right to want to see regulations in the arrival of immigrants.

Iquique is a beautiful, touristic city, known for its cosmopolitan history and being pretty left-leaning. However, as a local analyst said recently, migratory crises have a way of dissolving the divide between left and right, because the debate on migrants always ends up falling between sides that operate very differently: One that speaks and reacts on a gut level, usually wrong but effective at communicating, and another that speaks from an intellectual level, usually right but just unable to address the anxiety at the core of xenophobia. One might have the facts and figures on why immigration enriches a country, how they are barely involved in crimes, how they are not a strain on the State. But the other has “you should be here to see the mess they’ve made” (and sometimes they’re right), the “then maybe why don’t you shelter them in your home,” the “why should we pay for them,” the “they are just beggars and use their children to guilt-trip us.” There is a worse layer to this, a clash between the older and newer waves of migrants. This is mostly anecdotical, but I’ve heard over and over again how many of the Venezuelans that arrived over the last ten years are against the arrival of the latest ones, because they are not the “educated” kind, because they are mostly slum-dwellers, too used to receiving handouts by the Bolivarian Government because they are usually involved in crimes, they have different customs, they are louder and crasser. They are being sent by Maduro to destabilize the region…

How good does an immigrant have to be? We, those in favour of migration

But we have heard this shit before, back in the ’90s, with the first waves of Peruvian immigrants. Today, they are part of the national fabric, mostly integrated. With every migration trend, there is always a goalpost that reactionarism moves further back. The really painful thing is that, perhaps in contrast perhaps to immigration into Europe or the USA, the ethnic and cultural differences are negligible. We share the same language, the same cultural matrix, the mestizaje. But Chile, even before our economic rise, has always been obsessed with denying our Browness, our Morenidad. Perhaps that’s because, indeed, the share of white people is larger here, perhaps because the indigenous population is relatively small compared with Perú or Bolivia, or perhaps because the Black population has been even smaller. A country of people fearful of standing out, instilled with the tall-poppy syndrome, this is a huge and long country still imbued with a small-town mindset. Some of this can be attributed to the dictatorship, but it goes way back.

Polls indicate a majority of Chileans want restrictions to immigrants and a large number deem them a problem, but those same polls show that they are accepting of cultural diversity or migrant children studying alongside their own. These are the natural contradictions on that gut-level reaction, the mindset that society is a zero-sum game and that everything is scarce and someone will take it from us. You don’t need to live in a middle-class country with minimal social welfare, you’ll get the same reaction in the Nordic countries or against the very white Polish in the UK. I think it goes further back than the hegemony of neoliberalism; probably it goes all the way back to our animal or hunter-gatherer conditioning. Neoliberalism just works off of that.

It’s that conditioning that we need to address to defuse the anxiety caused by immigrants.

Chile is at the southern end of shameful responses to this movement of humans. I can’t stop thinking about the 14,000 or so Haitian immigrants by the Rio Grande, and that Texan border agent cosplaying Reconstruction era against them. Many of them came from Chile, a migration within a migration. Over 200,000 Haitians have arrived in Chile in a similar time frame, being subjected to a double-alienation: Racial and linguistic, as most only spoke Kreyol when they arrived. They have faced an even harsher scenario than Venezuelans, or even Black Venezuelans for that matter. There is systemic racism and in-your-face-Alabama-in-the-60s racism, compounded by traces of model-minority discourse, as they are celebrated for their industriousness and “quiet” demeanor. But we have failed them, some choosing to go in the opposite direction to Venezuela’s Walkers, crossing the freaking Darien Gap on foot.

I’m embarrassed and ashamed, even though between 2014-15 I volunteered (not very effectively) at one of the main Pro-Migrant Organizations in Chile because I still don’t know how to address that anti-immigrant gut-reaction. I am not free from that either. But whatever the case and your stance, the argument that “they are not our (the US, Europe’s, Chile’s) responsibility is invalid, because they are here, they are living human beings, they are real and a structure of responsibilities failed them. And dammit, as moderately stable countries with an economy that isn’t in utter tatters, we need to accept the fact that people will try anything to come here, we can’t kick them out because it’s impossible as well as it is immoral. A humanitarian response is not just the right thing to do, it’s the only way to solve the problem. 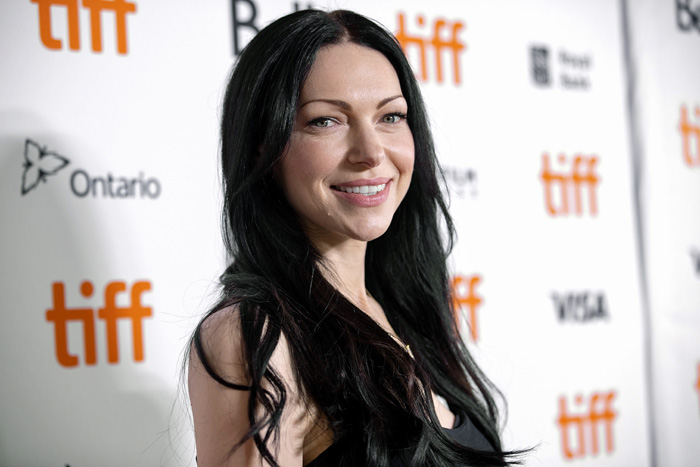