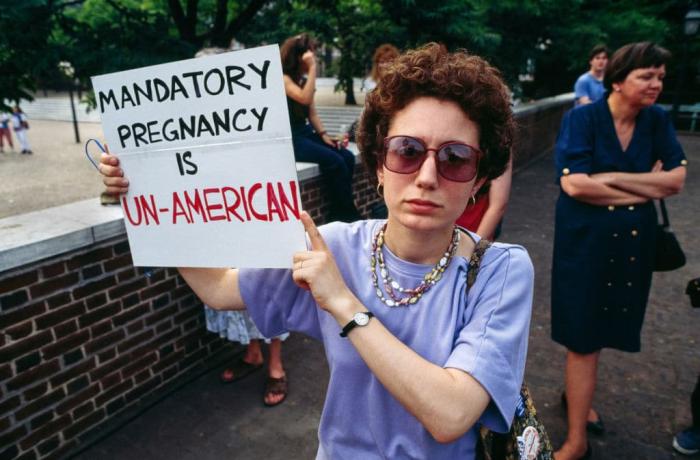 As of this morning, a state-wide ban on abortions starting at six weeks has gone into effect in Texas.

Remember back in 2016 when all of the women you knew were having anxiety attacks, crying, and generally freaking out? Remember how soooooo many people were all like, “Chill. It will be OK.” And then we breathed into a paper bag and said, “But The Supreme Court!!!” And we got patted on the head and told we were overreacting. Then we collapsed in heaps, crying about how Roe v Wade would be vulnerable, and some of y’all said “It’s codified! It’s not in danger! Everything will be fine, just calm down.” If that was you, you might have gotten punched in the face because that’s what happens when you tell a woman to calm down. If that was you, congratulations on being the wrongest wrong who ever wronged!

Over the past year Texas Republicans have been working diligently to make theirs the worst state to live your life safely in. Now, thanks to the Supreme Court and a federal appeals court sitting on their hands, they have succeeded. Woohoo. Finger guns.

Before you roll your eyes and say “Texas is gonna Texas” I’m gonna stop you right there. This isn’t just about Texas. This ban is part of Texas’ continued attempts at an end-run around federally protected abortion access rights. By allowing it to pass without a word, the Supreme Court has given the green light to other states that want to make abortions as close to illegal as possible by putting limitations on it as a healthcare service. Like New Hampshire.

Abortion providers have already filed an emergency application to block this law, but it’s still pending. Those crafty Texans have made this a difficult law to challenge in court, too. *Shakes fist at sky.* Here’s the tricky part. In most cases, when you try to block a law from going into effect because of its constitutionality (or lack thereof,) you would name the State as the defendant. However, in the case of this law, Senate Bill 8, state officials are barred from enforcing it. Instead, Texas has put a bounty on the heads of anyone providing abortions or “aiding and abetting” them after six weeks. By aiding and abetting they’re going beyond just doctors who perform the procedure. They’re talking about clinic staff, councilors, anyone who might have helped you pay for the abortion, anyone who gave you a ride to the clinic … it’s a very broad list. It puts a lot of people in danger. Plaintiffs don’t even need to be connected to the matter in order to sue. Basically, anyone in Texas is now deputized to enforce this law. And they could receive up to $10,000 (plus legal fees) if they successfully bring a suit to court and win.

This is all terrible and does not bode well for the Supreme Court’s next term, which starts in October. SCOTUS is already slated to decide whether Roe v Wade can be overturned in Mississippi where legislators are trying to put a 15-week abortion ban in place. I can already feel our rights slipping away.

So congratulations to Texas, Brett Kavanaugh, and Amy Coney Barrett for taking away a person’s right to safe healthcare. Congratulations to them for making it dangerously difficult for a person to receive an abortion. Because make no mistake about it, there is no way this will stop abortions from happening. This just means that SAFE abortions will stop happening. This just means that people who don’t have the resources to get an abortion safely will go back to doing whatever they have to in order to maintain control over their bodies. Dirty “doctor” offices, unsafe at-home methods, secrecy, fear that’s what this means. It starts in Texas, and Mississippi, and New Hampshire, but it won’t end there.