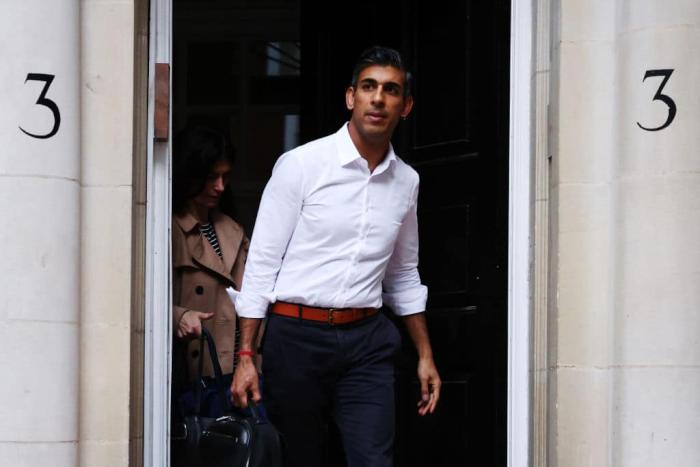 Get Ready for the Third British PM in One Year (Spoiler: He's Also Awful)

We now have a new Prime Minister: Rishi Sunak. The former Chancellor under Boris Johnson, Sunak sailed to the finish line of the very short Tory leadership contest after his only competition, Penny Mordaunt, pulled out of the contest. Candidates were required to have the support of 100 of their own MPs to get onto the ballot. Only Sunak managed it. Well, Boris Johnson — yes, that one — claimed he totally had that support to one again run for the job he unceremoniously quit a few months ago. But yesterday, he announced he would not compete. Loser.

So now, we have Rishi Sunak. He is set become the UK’s first British Asian prime minister, taking over from Liz Truss, who lasted less than 45 days. He faces a number of major challenges, including the cost-of-living crisis, growing fears over climate change, the rising ride of the far-right, and the possibility of being stabbed in the back by his own party. It’s kind of the only thing the Tories are good at right now. Neither Sunak nor Mordaunt earned endorsements from the more moderate wing of the party, referred to as the One Nation Tory MPs. When both Sunak and Mordaunt ran for PM following Johnson’s resignation, they swung hard to the right to earn the backing of the Brexiters and straight-up racists. They ended up voting for Truss. We saw how that ended. Victory to the lettuce.

How much does Sunak suck? None of these candidates were stellar. They’re all power-hungry careerists with more money than sense and a startling distaste for the working classes. Sunak, though, feels especially awful. He and his wife, Akshata Murty, are the 22nd richest people in Britain, with a combined fortune of £730m (Murty is the daughter of Indian billionaire businessman N.R. Narayana Murty.) He’s a former Goldman Sachs employee and hedge fund manager. While Chancellor, he ordered the Royal Mint to create a UK-government-backed NFT, which speaks for itself. Earlier this year, newspapers reported that Sunak’s wife had non-domiciled status, meaning she did not have to pay tax on income earned abroad while living in the UK. Sunak himself was revealed to have held onto United States’ permanent resident status he had acquired in the 2000s until only last year.

He has a long history of anti-trans comments. He promised to push forward with the abhorrently cruel anti-immigration policies that would see asylum seekers removed from the UK and sent to Rwanda. He seems to at least be more pro-environment than Truss, but that’s hardly a challenge. He voted against lowering the voting age and making the House of Lords a wholly elected chamber. Only last year, he voted against bringing Government policy in line with human rights where the courts have found policy incompatible with human rights.

Good luck to you, Rishi Sunak. Just try not to screw things up even more than your party already have.