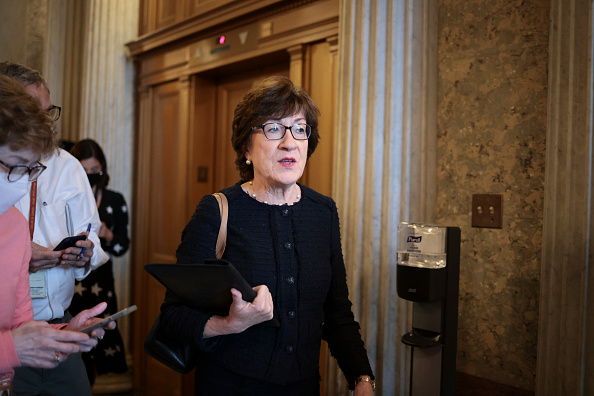 RIP Roe vs. Wade (Thanks to Susan Collins)

Thanks, Susan Collins. This is on her for pushing through Amy Coney Barrett and Brett Kavanaugh despite how obvious it was to everyone else that they were going to overturn Roe regardless of their assurances (and Gorsuch’s) otherwise. The conservatives are about to get exactly what they installed Trump to do: Make abortion illegal in huge swaths of the country.

Yesterday, the Supreme Court listened to a case concerning a Mississippi law that would make abortion illegal at 15 weeks, a case that — based on Supreme Court precedent — had been tossed out in all the lower court rulings. The Supreme Court, however, changed its composition significantly during the Trump years, and now the Court is all but poised to overturn Roe despite the fact that the difference-making justices were all nominated by a man who didn’t win the popular vote, that one position was unfairly taken away from Obama, and another rammed down our throats as Trump’s term was ending.

Based on the questioning of the Court, it seems obvious that the Mississippi law will be upheld by a 6-3 vote, and that — at the very least — the viability standard will be rewritten with a new cut-off of 15 weeks. What’s slightly less certain is whether Roe will be completely overruled. Chief Justice Roberts, who is anti-abortion but pro-precedent, seems to want to uphold the Mississippi law but keep Roe and chip away at it incrementally, while the other five conservative justices seem more inclined to use this case as an excuse to completely overturn Roe, despite the fact that the Roe question is not technically before the Court.

Nevertheless, the one dim hope that the Court might choose precedent over politics was Amy Coney Barrett, who tipped her hand in her questioning. She suggested that women don’t have to keep the baby, they just have to give birth to the baby and then can give it up for adoption or leave it at a fire station.

Amy Coney Barrett suggests we can easily give up our kids for adoption after being forced to gestate them for 9 months. No lasting damage to us

Her casual cruelty is gutting

The religious right has weaponized a woman to destroy women

For every 100,000 pregnancies carried through to completion, 17 women die.

Among black women, that number jumps to 37.

Amy Coney Barrett is arguing that women simply need to risk dying in order to earn the right to live free. https://t.co/oemEXp3gJq

By next summer, Roe will almost certainly no longer be the law of the land. Abortion will be outlawed in the South, and in some midwestern states controlled by Republican governors and legislatures. Some other states are likely to pass laws making getting an abortion considerably more difficult.

Susan Collins, meanwhile, has vowed to use Congress to legally enshrine the right to an abortion. She’ll need 60 votes. Even with Collins (and maybe Murkowski), the Democrats would still need another 8 Republicans to pass such a law. There is no political reality where that is a possibility for at least another generation.