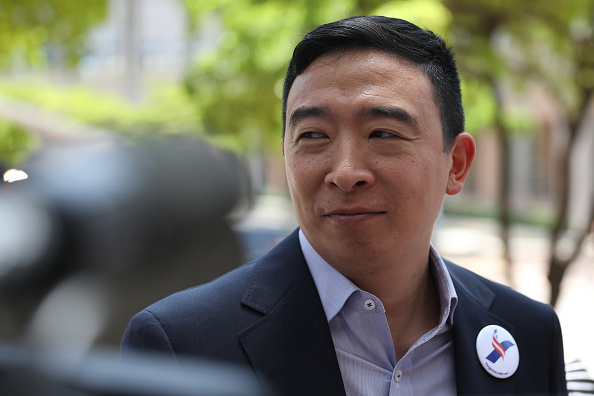 Returns from New Hampshire are slowly trickling in, and — as of this writing with 10 percent reporting — Bernie Sanders holds a healthy but expected lead, while Amy Klobuchar is running closer to Pete Buttigieg than many might have expected. Warren is in fourth, and the big story may be just how poorly Biden is performing (so far).

The first casualty of the night, however, appears to be Andrew Yang, who had hoped to finish in at least fourth place in New Hampshire. Early results suggest he will finish in the 5th to 7th range (with Tom Steyer and Tulsi Gabbard). Yang has thus decided to drop out, having gone farther into this campaign than anyone (including himself) may have expected.

“I’m a numbers guy and if we are below a threshold where we are going to get delegates here in New Hampshire, if we are unlikely to hit that threshold in Nevada and South Carolina, it doesn’t seem like we are actually furthering the goals of the campaign by staying in the race longer,” Yang told The Daily Beast in an interview on Tuesday evening. “I’m not someone who wants to take people’s donations, support, time and dedication if I don’t think we have a chance to win or advance our goals in the right direction.”

Andrew Yang had a quick, self-deprecating wit and brought a lot of attention to Universal Basic Income. He also earned a lot of high-profile celebrity supporters, like Dave Chappelle, Steven Yeun, and Donald Glover. He is unlikely to be the first person to drop out due to the New Hampshire results.


← A Parent's Guide To 'Harley Quinn: Birds of Prey' | 'Below Deck' Reunion: Why is Andy Cohen Stumping for Ashton Over His Abuse of Kate Chastain? →