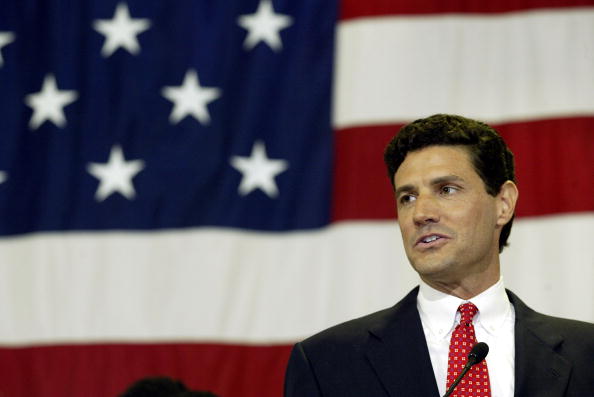 I was reminded this morning that, 17 years ago this month, Barack Obama won an election to become Senator of Illinois, a victory that would help propel him to the White House four years later. There’s an interesting footnote in that election, however, that some may not remember. Barack Obama’s original Republican opponent in that election was a man named Jack Ryan, not to be confused with the title character in those espionage thrillers.

Jack Ryan was a wealthy businessman who had handily won the Republican primary against seven other candidates. He was also previously married to actress Jeri Ryan, best known for her roles in Star Trek: Voyager and Boston Public. Their divorce would play a crucial role in that election because while both Jack and Jeri had agreed to release their divorce records, they both sought to keep their child custody records sealed in the best interests of their child. After initially supporting the release of the child custody records, even the Obama campaign backed off, and Obama asked that the records not become a part of the campaign.

Still, a Chicago Tribune lawsuit eventually led the custody records to become unsealed, and what was revealed in those records ultimately forced Jack Ryan to resign from the race. Here’s how the Tribune characterized the revelations:

Republican U.S. Senate nominee Jack Ryan’s ex-wife, TV actress Jeri Ryan, accused him of taking her to sex clubs in New York and Paris, where he tried to coerce her into having sex with him in front of strangers, according to records released Monday from the couple’s California divorce file.

The custody files detailed how Jack Ryan would “surprise” an unsuspecting Jeri by taking her to sex clubs, one with mattresses in cubicles, and another described as a ” bizarre club with cages, whips, and other apparatus hanging from the ceiling.” When Jeri refused to have sex with him in front of strangers and cried, she said that Jack told her it was not a “turn-on” to cry. Jeri also detailed his controlling behavior during their marriage, for which Jack released a statement apologizing, although he denied the sex club allegations.

Jack Ryan tried to weather the release of the records for a short time, but eventually, the tabloids drove him out of the race. He was replaced by Alan Keyes. Barack Obama won the race with 70 percent of the vote. To be fair, he almost certainly would have beat Jack Ryan, too: Obama was not only a magnetic candidate but Illinois was a safe Democratic seat. However, Obama’s lead was so commanding over Alan Keyes that Obama was able to spend both his time and resources in other states helping other Democratic candidates win their elections, which I’m sure — along with delivering the 2004 Keynote address at the Democratic National Convention — helped to raise his national profile.