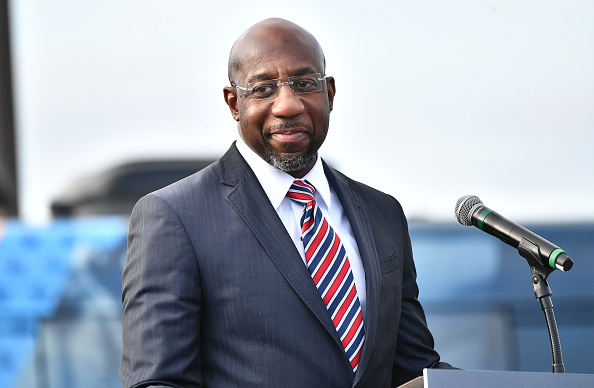 Morning Briefing: A Good for Democrats, a Bad Day for Trump, a Heartbreaking Day for Ted Cruz, and One Neverending Day for Twitter Employees

Reverend Raphael Warnock defeated Herschel Walker in the Georgia runoff last night. It’s insane that it was necessary, but Warnock has now won that race four times in two years because of a runoff system specifically created to dilute Black voting power. Black voters had to go out and stand in line for hours four times so that Senator Warnock could finally become the first Black Senator from Georgia to serve a full six-year term. Congrats to him, and congrats to Georgia who will not have to have another Senate race until 2026.

Conversely, it’s insane that the race was as close as it was. I’m not from Georgia, so I wasn’t blasted with ads every five seconds of the day, and I don’t know if Warnock was a perfect candidate. But from our nationwide vantage point through four elections, Warnock seemed ideal and ran from what we could see a flawless campaign. It should not have been this close.

An overwhelming majority of white Evangelical Christians voted for Herschel Walker, a man who paid for abortions, lied, allegedly physically threatened and traumatized his wife, and fronts for Trump, a criminal vulgarian. Their religion is white supremacy, not Christianity.


Or as one GOP advisor said: “Herschel was like a plane crash into a train wreck that rolled into a dumpster fire. And an orphanage. Then an animal shelter. You kind of had to watch it squinting through one eye between your fingers.”

We’ll take it, and we will also take the 51st vote in the Senate. It probably won’t help pass legislation (not with Republicans controlling the House), but it’s a valuable additional seat that will allow President Biden to more easily push through federal judges and make executive branch appointments. It also means that Joe Manchin will have considerably less influence over the Democratic agenda.

Here’s a quick look over at Fox News to see what they are saying about the election results this morning.

was Benghazi busy this morning or what? pic.twitter.com/MJjkblJOYd

For the record, it was also a big loss for Donald Trump during what was already a bad day. The Trump Organization was found guilty of 17 criminal charges, including tax fraud. The fines will be a drop in the bucket, but the reputational damage is huge. It’s not exactly a great start for Trump’s presidential campaign, either. He sounds depressed: “So far, he has gone down from his bedroom, made an announcement, gone back up to his bedroom and hasn’t been seen since except to have dinner with a White supremacist,” said a 2020 Trump campaign adviser.

Elsewhere, it appears that Ted Cruz’s daughter attempted to take her life last night. That’s devastating. It’s really hard for 14-year-olds right now, and it’s even more difficult for 14-year-old bisexuals in Texas. We hope she gets all the support that she needs.

Finally, and briefly in Elon news today: San Francisco’s Department of Building Inspection is looking into reports that Musk is creating makeshift sleeping quarters in his offices for his employees, which Musk did not deny. He is facing building code violations.

When your team is pushing round the clock to make deadlines sometimes you #SleepWhereYouWork https://t.co/UBGKYPilbD