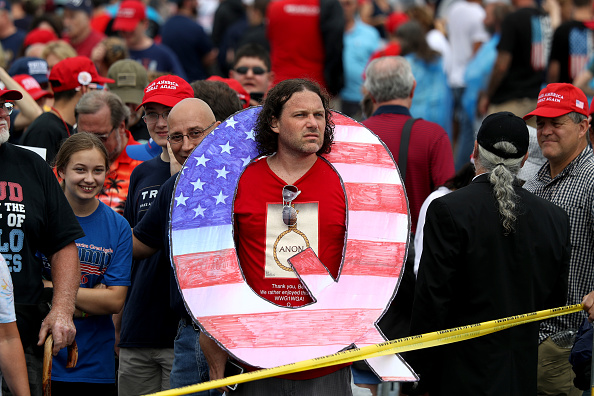 We wrote about it so infrequently that we didn’t have a “Politics” category at Pajiba until around the time that Trump announced his presidential bid in the summer of 2015. Since that time, we’ve written 3,273 political posts, and I have written over two-thirds of them. I have some background in it (I studied political science in college, and attended law school), but I didn’t mean for that to happen. I didn’t mean to become the anti-Trump guy, and I certainly didn’t mean to allow myself to be defined by it. For whatever reason, however, several of us fell into this role on what were once mostly pop-culture websites like Jezebel, Kaiser at Celebitchy, and The Mary Sue (hi, Vivian Kane!). I think part of it was wanting to stay informed and inform others, especially in the beginning when the entire country wasn’t steeped in politics. But also, I admit that a big part of it was often believing we could assert some control over the bullies by exposing or mocking them.

It’s going to be important moving ahead, I believe, to continue exposing, lest we find ourselves with an autocrat as our President again. But today anyway, I don’t feel as strong an urge to mock. I mean, I am going to relish this victory for a long while, but when I saw all of these QAnon responses show up on Twitter, my first thought was not what I thought it would be, which is, “Let’s rob them of some of their power by making fun of these f**kers!” It wasn’t, “Let’s reach out and unite,” either. It was more like, “Oh, these sad, sad little monsters.”

It wasn’t pity nor was it disgust. It wasn’t even schadenfreude. It was more a sense of relief. They are not melting down in the QAnon forums; they are deflated. They have lost, and they know it. Santa is not real, and neither is the Hollywood and D.C. cabal of Satan-worshipping child pedophiles.

From Ben Collins at NBC News:

QAnon supporters believed Wednesday’s inauguration was an elaborate trap set by the former president, wherein Democrats would be rounded up and executed while Trump retained power. Various other doomsdays theorized by the QAnon community have also come and gone without incident.

But unlike those past days, Biden’s inauguration leaves the community with little daylight. As their predictions failed, radicalized QAnon members expressed their betrayal on messaging apps like Telegram and forums named after their failed doomsday scenario, The Great Awakening.

While Biden took the oath, one top post on a QAnon forum read: “I don’t think this is supposed to happen” and wondered, “How long does it take the fed to run up the stairs and arrest him?”

Other users became immediately dejected, realizing their dreams of a bloody coup were not going to take place.

"I dont think this is supposed to happen? How long does it take the fed to run up the stairs and arrest him?"

"It's like being a kid and seeing the big gift under the tree thinking it is exactly what you want only to open it and realize it was a lump of coal" pic.twitter.com/oBUF2cm3fT

Moderators on the biggest QAnon forum now banning people who don't keep the faith after Inauguration. They're having a hard time enforcing it.

"Can someone explain how this is not over?" reads the top response. pic.twitter.com/8xy2QWrUB2

We wrote about Ron Watkins a while back. He’s thought to either be Q himself or the guy who enabled Q:

These people need help. Fox News is mocking the idea that Democrats think Republicans need to be reprogrammed, but with these QAnon people, that’s exactly what needs to happen. They need help. They need deprogramming.

On the other hand, no: I ain’t giving it to them. They may need help, but they also have no right to ask us for it.

If you've got a loved one who's fallen under the spell of Qanon, the next few days could be a crucial window to reach out to them. Their whole world is collapsing around them. They need help & support not mockery & derision. Try to show them a way out of this madness. https://t.co/M764Wrhryy

If you have a loved one who has fallen under the spell, you can forgive them if you’d like. But you also have every right to tell them to f**k off forever. Personally, while I have little desire today to needle them or goad or mock them, forgiveness is also out of the question. As for reaching out to them? Hard f**king pass.

← Reddit Asks the Question: 'What is the Strangest Thing That Happened To You That You Can't Logically Explain?' | Queen Latifah is Too Old To Be An Action Hero On "The Equalizer," According To The F---boys On Social Media →