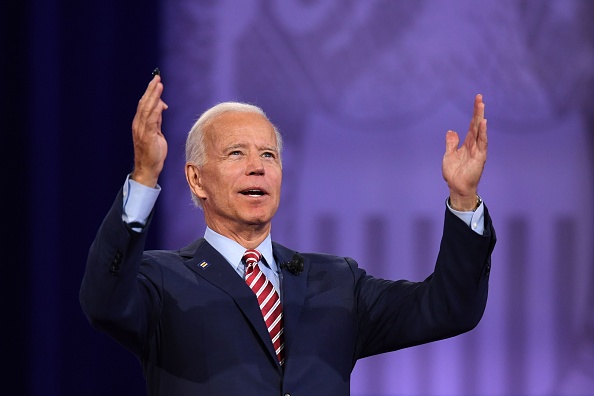 The other day, we learned that Biden’s Department of Justice had decided to defend Donald Trump in a lawsuit filed by E. Jean Carroll, who accused the former President of defamation after he denied a sexual assault allegation. The good news was that the Biden Administration distanced itself from that decision and illustrated independence from its own DOJ, something that the Trump Administration was completely incapable of. The bad news is that Merrick Garland’s DOJ didn’t have a particularly good legal reason for defending Trump, except to protect all Presidents from actions or statements they make as a President, even if those actions or statements are personal in nature.

Now Biden’s DOJ is getting messy again — at least with its messaging — in its decision to defend a religious exemption from federal civil rights law that allows federally funded religious schools to discriminate against LGBTQ students.

But there’s a little more to it than that. Let me explain: The Civil Rights law is Title IX, and religion is currently exempted. It’s the law of the land, and the Department of Justice is obligated to defend federal laws, even those it might not necessarily agree with. This is not necessarily a bad thing, particularly when Administrations are consistent in doing so. We would want a Republican Administration, for instance, to defend environmental laws, even if it disagreed.

In this particular case, the DOJ also wants to provide the defense because by doing so, it precludes far-right conservative groups from joining the lawsuit and introducing more extreme theories, extreme theories that the current conservative Supreme Court might ultimately agree with. The DOJ is basically saying, “Nah, stay away, fundamentalists! We’ll handle this.”

The problem, however, came in its messaging, because the DOJ was all, like, We will “vigorously” defend the exemption, and that the Education Department and the Christian schools “share the same ‘ultimate objective’ … namely, to uphold the Religious Exemption as it is currently applied.” That sounded a lot more like, “We are defending this law because we want to instead of because we have to.”

LGBTQ groups were, obviously, taken aback, like, WTF, Biden? Why are you siding with anti-LGTBQ groups, buddy? Why didn’t we vote for Elizabeth Warren after all?! Well, the Administration heard that, and it amended its statement to remove “vigorously,” and to remove wording suggesting that the Biden Administration and Christian schools are aligned.

It’s also unclear why the DOJ used that language. It may really have been an attempt to head conservative groups off at the pass, because, for instance, the Council of Christian Colleges and Universities is trying to join the lawsuit by suggesting that Biden’s DOJ is “openly hostile” to their position, and the CCCU wants to argue that the Constitution requires the exemption.

Meanwhile, the Biden Administration has publicly disagreed with the exemption. To wit, in March, the Civil Rights Division took the position that Title IX provides that no “person in the United States shall, on the basis of sex, be excluded from participation in, be denied the benefits of, or be subjected to discrimination under any education program or activity receiving Federal financial assistance.” Moreover, President Biden is currently pushing to expand the Civil Rights Act to include protections for gender identity and sexuality.

So, what is the takeaway? The most generous reading is this: That Merrick Garland’s DOJ is obligated to defend the religious exemption, and they’d rather do it than allow religious extremists to defend the exemption. The DOJ might be saying, “We will take this case, and then tank it,” because in their heart of hearts, the DOJ actually supports LGBTQ groups and ultimately wants to remove the exemption through legislation. If that is their position, however, they have been messy in their messaging.