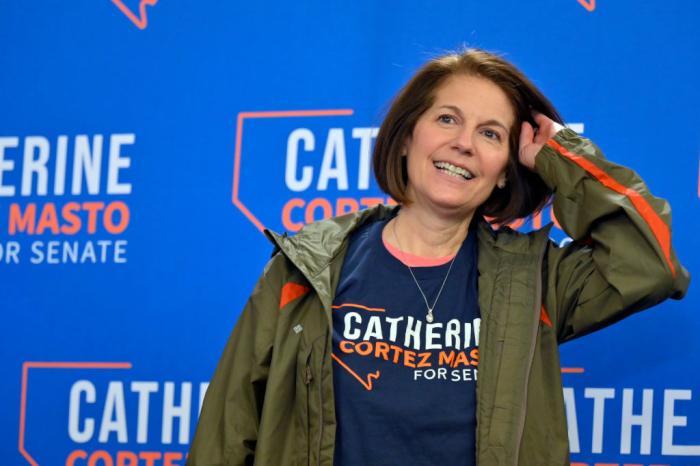 — Lauren Boebert’s seat in Colorado still hasn’t been decided. It could go either way. She’s down around 64 votes, and I’m assuming that what’s left is whatever comes in the mail the next couple of days.

— Herschel Walker and Raphael Warnock will be headed toward a runoff, which may ultimately decide the fate of the Senate, depending on how things shake out in Nevada (I’m already assuming that Mark Kelly wins in Arizona). The vote outstanding in Nevada favors Catherine Cortez Masto, but the question comes down to how much outstanding vote is left. Most of the online chatter I’ve seen suggests that Masto will pull it out, but I’ll believe it when I see it. If CCM (and Mark Kelly) win, Democrats gain control of the Senate regardless of the Georgia runoff.

— For the record, the last batch of votes in Arizona heavily favored both Mark Kelly and Katie Hobbs. If Hobbs pulls out a victory, there will probably be a lot of elections denial bullshit, because Hobbs is the Secretary of State (just as Brian Kemp was in Georgia four years ago when he narrowly defeated Stacey Abrams) and Kari Lake is Kari Lake.

— There are lots of questions in the Republican party about its future. The Murdoch Empire (NY Post, Fox News, WSJ) is clearly shifting focus to Ron DeSantis. People within the party seem sick to death of Trump’s antics and are ready to dump him. But the guy doesn’t go away, and he still has the ability to turn his voters against those who are disloyal. He also still has his supporters.

Not just supportive - Vance, Banks and Stefanik either endorsing him outright or predicting he’s the nominee https://t.co/cuDJNstaEs

— The GOP must be rooting for the DOJ to indict Trump and remove him from the equation for them. Politically, it’s the best-case scenario for the GOP: They can get rid of Trump but also blame it on the “deep state.”

— If you’re wondering what the best-case scenario is for humanity, I’ll just say this: There is a storm headed to Mar a Lago, and while the area is under an evacuation order, Trump is apparently not leaving.

That’s it for now. Grab a coffee. Hang out in the comments. I’m sure the readers will keep you abreast of any breaking news throughout the day.