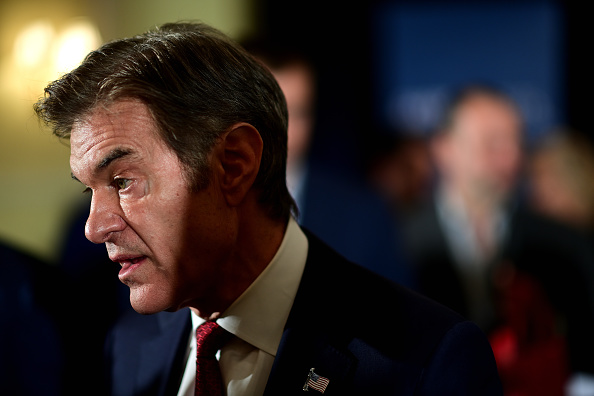 I try to avoid political polls these days because political polling is increasingly meaningless. No one answers from unknown numbers on their cell phones, and yet suddenly, we’re predicting the forthcoming elections based on those who do. Meanwhile, polls that I haven’t been able to avoid are all over the place.

Everyone is saying that Dr. Oz is gaining and many Republicans expect him to win in the Pennsylvania Senate race. Maybe? But that seems to be based on a recent poll that showed him behind by only 2 points, when the three previous polls had Fetterman up by 16, 19, and 6, and the one showing Oz within two is from The Daily Wire, a conservative outfit operated by Ben Shapiro. Because Warnock is ahead in the polls in Georgia, the Pennsylvania race appears to perhaps be the race that will decide control of the Senate and in Pennsylvania, I guess more Dallas Cowboys fans are answering political polling calls?

I don’t know anything anymore, and I don’t think anyone else does, either. To wit: Yesterday, the NYTimes had a poll showing Republicans making huge gains ahead of the midterms. This poll actually showed that TFG would beat Biden by one point in a Presidential election. “In a hypothetical 2024 rematch, Mr. Trump led Mr. Biden in the poll by one percentage point.”

Really? After the last month that TFG has had? Maybe. But this same poll also suggests that Gen X has suddenly gone deep red, so much so that “Generation X” is trending on Twitter this morning and not for a good reason!

The thing about this poll that vexes me, however, is this:

The biggest shift came from women who identified as independent voters. In September, they favored Democrats by 14 points. Now, independent women backed Republicans by 18 points — a striking swing given the polarization of the American electorate and how intensely Democrats have focused on that group and on the threat Republicans pose to abortion rights.

That’s a 32-point shift in one month among one specific group, Independent women, in a poll of 792 people. A 32-point swing! Did something happen in the last month that I may have missed? Did the Supreme Court do a take backsies on Roe? How many of these “Independent women” who answered an unknown number on their cell phones and decided to pause “The Bachelor” to take a 20-minute poll are Gen X?

I’m not saying that it’s wrong, but I am saying that either this poll is wrong or last month’s poll was wrong, or both of them are wrong, because that doesn’t make any damn sense. And yet, the narrative of that poll — that voters prefer cheap gas prices to the survival of Democracy — is the only narrative I am seeing on Twitter.

But there is also this:

Folks cannot get spooked by that NYT poll. Most other polls taken in the past week have Dems up, no movement to Rs.

A brand new weekly track out this am has Dems up, Biden at 2022 high, Ds closing the gap on the economy, growing enthusiasm edge.

Do I take any solace in this poll? Absolutely not, because polls are junk. Also, three weeks until an election is a lifetime in politics.


← He Can Apologize All He Wants But James Corden Is Still a 'Tiny Cretin Of A Man' | Reddit Asks the Question: 'Millennials, What Confuses You About Gen Z?' →