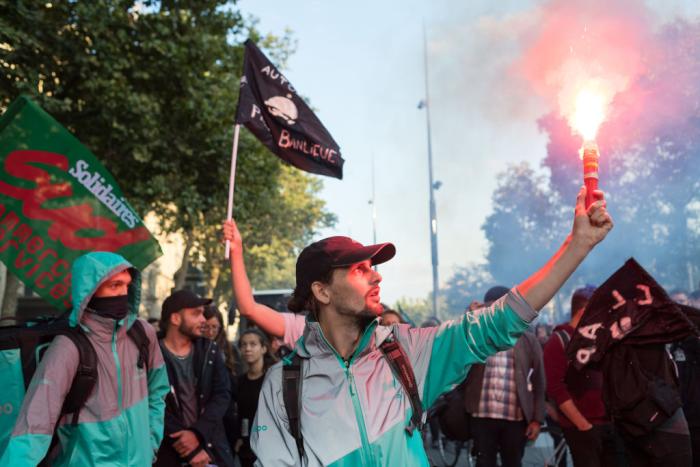 Platform Capitalism Will Devour Us All

I bang on about Nick Srnicek’s ‘Platform Capitalism’ a lot, but that’s because it’s one of those books that so neatly gets to the heart of how modern society in the 21st century functions. In the book, Srnicek analyses how the big capitalist players of today have shifted their focus away from manufacturing to providing a variety of hardware and software ‘platforms’ for others to operate on. He gets into how they do this with a monopolistic tendency and the treatment of data as a resource with a function similar to that of oil in the 20th century, i.e. something ‘to be extracted, refined, and used in a variety of ways’. Data extraction provides a sort of positive feedback loop for that monopolisation: More users lead to more data which leads to more users being attracted to the platform which leads to more value that can be extracted from data which leads to the platform’s expansion which leads to more users etc. etc.

Srnicek identifies and describes five types of platforms. Companies may fit into more than one category, and frequently individual corporations interlink with each other in an ever-tightening platform web. Advertising platforms focus on ad space fuelled by user data extraction (e.g. Google, Facebook). Industrial platforms build the physical infrastructure that aids in the transformation of manufacturing businesses into internet-connected ones (e.g. Siemens). Cloud platforms own and rent out hardware and software (Amazon Web Services, Microsoft Azure). Product platforms make it their business to transform traditional physical goods into services (Spotify). And lean platforms run business models that are based on minimal-to-zero asset ownership (Uber, Deliveroo, Airbnb).

It’s this latter platform that’s in the news today, as The Guardian reports quite astonishing figures that show the ever-increasing preponderance of lean platforms in employment numbers in England. Lean platforms are often referred to as making up part of what is called the ‘gig economy’— more casual, ‘flexible’ (insecure) work often found through apps or the internet more generally in which the platforms exploit their employees by classing them as ‘independent contractors’ and thus denying them the rights hard-won by traditional workers. If the platform capitalists have their way, this is the future they would love to see for the majority of the workforce.

According to the report that The Guardian cites:

- The number of adults working for the gig economy in England is now at 4.4 million.

- Almost a quarter of all workers have done some work for platform companies at some point.

In addition, over the past five years, the proportion of workers doing some platform work at least once a week has quadrupled when it comes to delivery and driving; doubled in household services; and tripled in errand-running.

The picture emerging from all this is fully in line with the kind of society that neoliberalism wants to build: A fragmented, atomised, vulnerable population of insecure workers at the mercy of the callous logic of ‘the market’, creating wealth en masse for the tiny proportion that make up the capitalist elite to hoover up. Where it was once possible for a working class family to support themselves sometimes on two (or even one) steady often-unionised job, it’s now becoming an ever increasing necessity for workers to live in a perpetual state of ‘hustle’ and anxiety, hastily assembling a patchwork of ‘gigs’ which offer no guarantee of future work or even basic rights.

As The Guardian reports, it’s not all doom and gloom:

A landmark ruling earlier this year forced Uber to guarantee its 70,000 UK private hire drivers a minimum hourly wage, holiday pay and pension, and it has signed a recognition deal with the GMB union. The UK’s pensions watchdog has also said that all gig economy firms should set up workplace retirement savings schemes.

But it is mostly doom and gloom.

Oh well, at least the billionaires get to explore outer space with rockets powered by proletariat tears.


← Review: 'The Souvenir Part II' is a Sharply Realized Portrait of an Artist as a Young Woman | Stream It or Nah: Hulu's Bleak but Riveting 'Dopesick' →