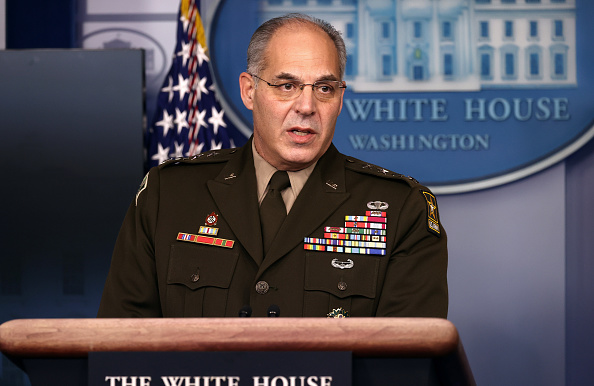 Parsing Out the Hope Amid All the Bleakness

Things aren’t good right now, y’all. Like a lot of people, I had a lot of pandemic anxiety in March and April, and I’m trying like most of you to keep that at bay, as it creeps back in (I’m exercising f**king twice a day now, and those of you who use exercise to help reduce anxiety will understand why). Things have gone sideways in England, where a new variant of the Coronavirus is out of control. Not only is travel to and from England being restricted, but the supply chain is being interrupted as trucks carrying supplies are now prohibited from entering the UK, so the supply roads look like this: 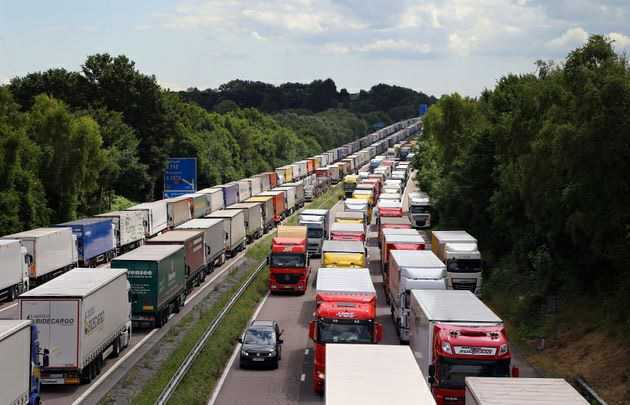 In America, the Russians have hacked us, and we have no idea how extensive the damage is, or what the damage even is, if it will affect us and how because Trump is downplaying it and trying to blame it on China. Our President is also talking about executive orders to confiscate voting machines, appointing a QAnon conspiracy theorist as an independent counsel to investigate election fraud, and potentially declaring martial law, after being egged on by a felonious General that Trump pardoned.

I don’t even know how to feel about that? Is it too far-fetched? How alarmed should we be? What are the safeguards in place to protect us from that? Is someone ready to pull the trigger on the 25th Amendment if Trump actually does try to declare martial law?

Meanwhile, the rollout of the vaccine that we all have placed our hope on is hitting a number of hitches as even our hope is being consumed by an incompetent Administration. We have no idea when and if we’ll have enough vaccine, and I can say from experience that those with an optimistic view of when this pandemic will end and those with maybe a more realistic view of when this pandemic will end are really getting on each other’s nerves right now and making each other anxious.

Where are the silver linings, people? Let’s see if we can parse some good news out of the grim:

— In the UK, we can at least take some comfort in the fact that it doesn’t appear that this new strain is any more lethal and that there is no reason to believe that the vaccine will not work on it. And yes: It is highly transmissible and out of control, but, uhm, the spread of the virus is already well out of control. Also, this particular variant has already been seen in other parts of the world and scientists cannot yet rule out the possibility that the increased transmissibility in the UK is due to human behavior. The increased transmissibility, after all, does seem to coincide with the holidays, when people get together more often.

— I don’t know what to say about the President. His White House legal counsel told him that he couldn’t appoint Sidney Powell as an independent counsel or confiscate the voting machines. The President has absolutely no power to do the latter — no executive order can give a President power over the states, so that is absolutely out of the question.

And I’m not 100 percent positive, but I’m fairly sure that the President doesn’t appoint an independent counsel. That is left to the Attorney General or Congress. Bill Barr isn’t going to appoint one, because he has already stated that there was no election fraud. I don’t know who the guy replacing him is, although I would assume he’s not insane enough to appoint Sidney Powell, and there’s no way Congress would approve of such an appointment. So, I think we’re safe there. Meanwhile, there is a law that stipulates that martial law cannot be declared in domestic law enforcement situations without Congressional approval, so that presumably is out, too.

Again, I’m not 100 percent positive on any of that, which is why it would be nice — instead of just scaring us with these wild ideas the President is tossing out — if the media also explained whether these wild ideas were even feasible. It appears from my own research that they are not (I bet that J.S. in the comments can also help clear this up, as well).

— As for the vaccine rollout? Look, I actually took some comfort in the fact that Gen. Gustave Perna — the chief of Operation Warp Speed — took responsibility for that. He made a mistake; he’s learning from his mistake; and while it looks like some states won’t be getting as much vaccine this week as they initially thought, they will eventually get that vaccine, because it is still being produced. I have 100x more faith in someone who makes a mistake and owns up to it than someone who makes a mistake and tries to hide it, so I am feeling more confident about the rollout in the coming weeks.

Meanwhile, Congress finally passed a COVID relief bill. It’s not enough, but it is definitely something. The extra PPP will save a lot of businesses (and restaurants). The unemployment benefits extension will save a whole lot of families from being evicted or going hungry. And schools will get more money and hopefully be able to continue through the winter a lot of programs we have been relying on in the fall.

— As for the future? There’s enough vaccine coming to immunize 150 million people by March. If the Johnson and Johnson vaccine is approved, that’s 250 million people (or all of the adults in the United States). The COVID numbers are bad — real bad — right now, but Scott Gottleib (former head of the FDA) expects that we will peak around January 9th (which makes sense, because that’s about two weeks from Xmas). Hopefully, things will start to trend slowly downward from there. Also, your teachers, your grocery store workers, your frontline workers, and your grandparents over 75 should all be immunized by the end of February.

We’ve also had a few at-home rapid tests approved recently, and as I understand it, up to 70 million of those per week will be produced by January, and those tests may be used to reopen schools by testing teachers twice a week and students once a week.

The best news of all? There are only 30 more days until Inauguration Day.

It’s not all bad news, and as grim as it is today, this week, or the next month, unlike in the Spring, we know there is a light at the end of the tunnel. We just have to somehow maintain our patience and wait until that light shines upon us.

As for the realists vs. optimists? We gotta compromise, y’all! I’ll agree to stop believing that the vaccine will save us and we’ll mostly be out of this by April/May if you stop saying that things won’t return to normal until 2022. Can we just compromise and say July? That summer camps will be open again? And kids will return to school in the fall? Yes, I understand it will not be completely gone — it may never be — but can we at least agree that things will be much better by July? Stop harshing my mellow! I really need a movie theater right now, OK?!