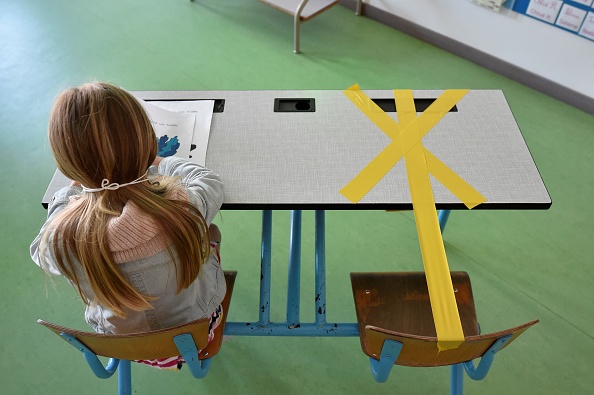 Morning Briefing: Parents Shouldn't Decide How Much Risk They're Willing to Subject Teachers To

Yesterday, a guy with little actual power attacked Mitch McConnell in an old-fashioned email. I’m not going to talk about that this morning, because I don’t care. Nor am I going to get into the bad-faith, QAnon-stoking attacks a certain blonde, former Press Secretary is making against President Biden. I am also not going to dignify any of the attacks certain Texan politicians (and nationwide Republicans) are making on … the Green New Deal, somehow blaming green energy for the power-grid problems in Texas caused by the state’s refusal to prepare for the effects of climate change.

All I will say is that it has come to this: The only thing that the GOP has left is bad-faith culture-war bullshit. That is it. I’m tired of it. I’m not interested in covering it. It’s just toxicity. There’s no more reason to entertain it. In fact, at this point, support for Biden’s COVID-19 plan is near 70 percent, and there is some speculation that a number of Republicans in both the House and Senate may back it or otherwise risk alienating even more supporters. Even some Republican voters are, like, “OK, sure! Socialism is bad, but can we get a little taste of that COVID relief, and then we’ll go back to hating on socialism?”

Aside from the issues in Texas, however, the day’s big topic of discussion is school reopenings. It used to be teachers/parents against Trump and other government officials, but lately, some of the conversation has moved to a debate between teachers and science, and it is messy. Meanwhile, the Biden administration is trying to get K-8 students back into school 5 days a week by the end of his first 100 days, while its own CDC is saying that it’s not safe to open back up in 90 percent of school districts.

“What the CDC, what they have recommended are exactly that — recommendations,” VP says when pressed on CDC guidance that schools in red zones shouldn’t reopen. Almost 90 percent of kids in the US live counties considered to be red zones. https://t.co/evQjfv6HNV

The Biden Administration is basically in the same bind as the Trump Administration. We can’t fully get the economy back up and running until schools reopen, and while the science does say that there is very little infection in schools, 1) while the numbers are considerably better now than a month ago, they are still considerably worse than they were in the fall; and 2) low infection rate is not no infection rate, and I’m sure there are a number of teachers with underlying conditions that aren’t keen to take that chance. One bullet in a gun with 100 chambers is still one bullet!

There are a lot of parents who are scientists saying to teachers, “Go back to school! Our kids are suffering,” and while I get that (and have felt those effects keenly), telling teachers that the risk of infection is small is easy; actually putting yourself at risk is much harder.

Vaccinate the teachers. If you want to pressure the teachers to go back into the classroom, vaccinate them. If returning to the classroom is the highest priority, then vaccinating teachers should be prioritized equally. While I understand that the states determine vaccination plans, the CDC and the Biden Administration could apply a little pressure by tying CDC guidance to vaccinations. That’s the key, the whole goddamn ballgame. They’re already prioritized in 26 states. Make them the priority in the other 24. Two weeks after they’ve all got their second shot, send the kids back. By then, the parents can make their choices about the level of risk they’re willing to subject their own kids to. All due respect, but parents should not be deciding how much risk they’re willing to subject teachers to.

And that’s all I’m going to say about that. I will, however, leave you with this lovely vision: