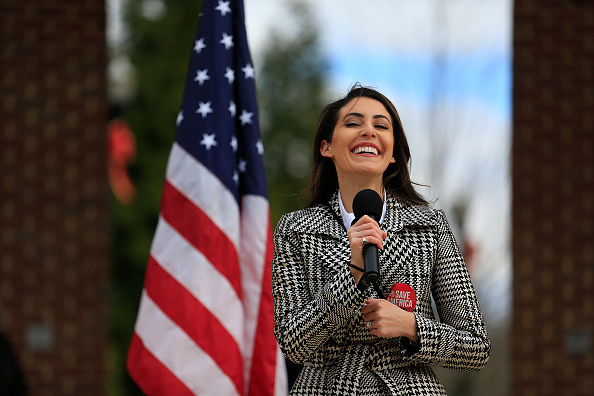 Only in Florida: A GOP Congressional Candidate Threatened To Send a Hit Squad After His Opponent

Things continue to be weird out in the world of Florida politics, a state where a Congressman continues to keep his seat despite being investigated for sex trafficking minors. Here, however, one low-level GOP congressional candidate by the name of William Braddock was secretly recorded by a conservative activist, Erin Olszewski — responsible herself for the spread of dangerous disinformation. In the recording of the phone call, obtained by Politico, Braddock threatens to send a Russian-Ukrainian hit squad after his rival, Anna Paulina Luna, who lost in her effort to unseat Chris Christie in 2020 (Christie is running for Governor, again, in 2022).

“I really don’t want to have to end anybody’s life for the good of the people of the United States of America,” Braddock told Olszewski, “That will break my heart. But if it needs to be done, it needs to be done. Luna is a f***ing speed bump in the road. She’s a dead squirrel you run over every day when you leave the neighborhood.”

“I have access to a hit squad, too, Ukrainians and Russians,” he continued, adding “don’t get caught out in public supporting Luna. … Luna’s gonna go down and I hope it’s by herself.”

Luna, who was backed by President Trump in the 2020 race, took out a restraining order against Braddock last week, also claiming that Braddock was working with two other political opponents to assassinate her “in an effort to prevent me from winning the election for FL-13.”

Braddock would not confirm it was his voice on the recording, but also added that it may have been edited or altered. Olszewski denies altering the recording.

In the recording, Braddock also claims he had access to the “Russian mafia” who used “close-battle combat, TEC-9s, MAC-10s, silencers kind of thing,” further adding, “No, I’m not joking. Like, this is beyond my control at this point.”

The two other political rivals mentioned in Luna’s application for an injunction, Amanda Makki and Matt Tito, both deny any connection to Braddock and are threatening to sue Luna for defamation.

“Don’t be on the f***ing wrong side of supporting Luna because if you’re near her when the time comes, I just don’t want that to happen to you because you’ve got kids,” Braddock told Olszewski during the phone call. “So don’t be associated with Luna under any circumstances. Please. And do not repeat this to anybody because both of us will be in jeopardy if you do. I’m not just blowing smoke here. I’m f****ing being dead ass serious and it scares the s*** out of me, too.”

In the 2020 election, by the way, Luna ran on her opposition to human trafficking but claimed not to be familiar with QAnon.