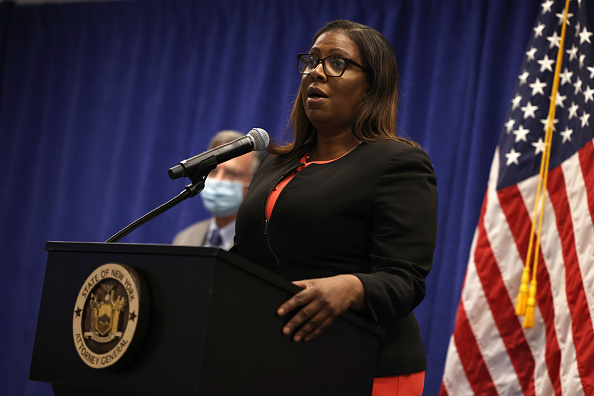 It’s always the boring stuff, isn’t it? It’s not trying to blackmail foreign governments, or overthrow an election, or conspiring with Russia, or even paying hush money to keep mistresses quiet. For four years, the man with the ill-fitting suits and Diet Coke obsession terrorized this country and made decisions based on his own personal interest that cost us tens and tens of thousands of lives and untold emotional and psychological harm.

And he might just go down over some bad accounting.
Attorney General Letitia James announced yesterday that the state of New York has opened a criminal investigation into President Donald Trump’s company, the Trump Organization. It is being accused of inflating property values in order to secure loans while lowering their values when it came time to pay taxes.

That is not at all interesting, but it is what it is, and it’s yet another ongoing criminal inquiry against the former President, who continues to spend most of his time crashing weddings and complaining to newlyweds that the election was stolen from him. So far as we know, Georgia prosecutors are still looking criminally into whether Trump “tried to influence” the election vote by encouraging the Secretary of State to “find” the votes necessary for his victory. Cyrus Vance and the Manhattan District Attorney’s office have also been working on a criminal case against Donald Trump for two years. The state and county will work together on this case.

It is also worth noting that this criminal inquiry into the Trump Organization was prompted by testimony from Donald Trump’s former fixer, Michael Cohen.