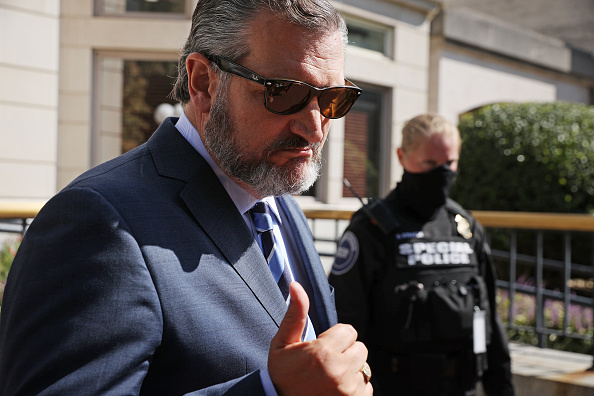 Things are not going well in Texas, where another storm dropped more snow on the state and the power still hasn’t returned for millions. The last couple of days, Texas Governor Gregg Abbott and Fox News have been trying to blame all of this on … Alexandria Ocasio-Cortez, but when that line didn’t stick, Fox News decided to go a different direction.

Fox today: Really mad that the "blame game" is taking over and that ~people~ are politicizing Texas' power outages

Meanwhile, guess who is not playing politics?

Jill and I are keeping Texas, Oklahoma, and other impacted states in our prayers. I’ve declared states of emergency, authorized FEMA to provide generators and supplies, and am ready to fulfill additional requests. Please heed the instructions of local officials and stay safe.

To be fair, I think any Democratic President (and a lot of Republican Presidents) would have done the same thing, but I’m still feeling very good about our choice to elect Biden.

In any respect, after tweeted out yesterday that he had no defense for his previous hypocrisy …

A blizzard strikes Texas & our state shuts down. Not good.

… Ted Cruz hopped on a plane last night and headed to Cancun, Mexico in the middle of an energy crisis because while they don’t have power in Texas, they do have power in that country where Ted Cruz tried to erect a wall. When people found out, the Internet went apeshit, culminating perhaps in this tweet from longtime Twitter foe, Seth Rogen:

I think @SenTedCruz is desperately trying to rebrand from the “inspired a deadly insurrection” motherfucker to the “left my constituents to freeze to death so I could go to Cancun” motherfucker, but luckily he can be both. He’s just that big a motherfucker.

There was nothing out of the Ted Cruz camp for hours, as various news outlets confirmed reports that he had not only flown to Cancun but that he had the Houston Police Department assist him in his arrival and movements through Houston’s international airport because obviously, that’s how they should be spending their time right now.

The backlash was fierce, and as soon as Ted Cruz checked his phone, he booked a return flight, although his team released a statement to the effect that his plan, all along, was to go out and settle his family into Cancun before returning by himself.

Statement from Sen. Cruz on trip to Cancun. pic.twitter.com/2BJXrQLFec

That’s funny because he reportedly booked his return flight at 6 a.m. this morning, and he also reportedly changed the original return date from Saturday.

Now, @tedcruz is blaming his kids for his trip to Cancun, but neglects to say (as pointed out in the thread) that his original return ticket was for Saturday and not for today and he had to reschedule his return.
Blaming his kids.
Christ, what an asshole. https://t.co/jumBUOZHrW

Weird. But I bet I know what he’s going to say! That he’s going to fly back out there on Saturday and “chaperone” his family back, because that’s what adults do, because Heidi Cruz — a managing director at Goldman Sachs — can’t handle travel arrangements by herself (also, and not for nothing, but putting the energy crisis aside, there’s a pandemic going on; I didn’t realize we were still doing beach vacations).

Everyone obviously saw through that lousy-ass excuse.

"Expected to return immediately," because he got caught.

I could never imagine leaving my district when they needed me the most.

I hope Texas sees Senator Cruz for what he really is. Someone who cuts & runs when his elected responsibilities are needed the most. https://t.co/3nSfkK1JRv

If Ted Cruz were an ordinary dude, and he did a Mexico roundtrip in less than 17 hours, the DEA would be waiting on his lawn when he got home.

AOC got in her requisite dig:

If Sen. Cruz had resigned back in January after helping gin up a violent insurrection that killed several people, he could’ve taken his vacation in peace. Texans should continue to demand his resignation.

But don’t blame me for this, my points are on Amtrak! 🚊 https://t.co/CAWCgtxQ73

And then Dinesh D’Souza came to his defense:

Here are some things Ted Cruz could do. It's called constituent services. https://t.co/vILyC7624j

And then adult contemporary mainstay Richard Marx dunked on D’Souza, closing the loop on yet another Ted Cruz f**ck up, one for which the Texas Democratic party is calling up Cruz to resign (he will not resign).

Thank you for endorsing the fact that @tedcruz is a useless piece of shit taking up valuable space and should stay out of the country. https://t.co/fKIMEEOGGW