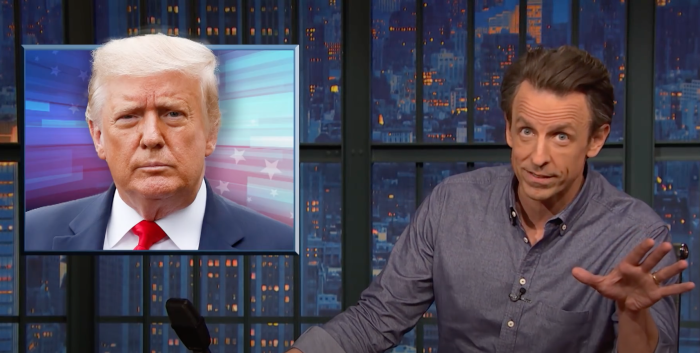 No One Cares About Him Anymore

A few weeks ago, progressive New York Magazine writer Jonathan Chait made the ridiculous argument that Gina Carano was the victim of a new type of McCarthyism, which is absurdly untrue. Meanwhile, during the prime time speech that Joe Biden gave last night, Chait suggested that things won’t return to “normal” until Donald Trump is returned to Twitter, and that we somehow missed having the former President rage-tweet his reactions.

Admit it, you want to see Trump ragetweeting through this

Soledad gave the only necessary response.

You know what? No one misses him. Nobody. And yet, political publications — which saw a 20 percent decline in overall readership last month compared to Trump’s last in office — are still trying to gin up page views based on his name, but the reality is, no one cares. Fox News has moved on to Seussghazi and Press Conference-gate and Tucker Carlson’s Scooby Doo face, while the former President — barred from Twitter — is sending out “statements” that no one is paying any damn attention to.

More telling is this chart from Social Flow, which indexes how often pieces about Donald Trump on the Internet are clicked on. As you can see, the numbers since the Capitol insurrection have dropped faster than the COVID infection rates, from 100 on January 6th to … 21 this week. 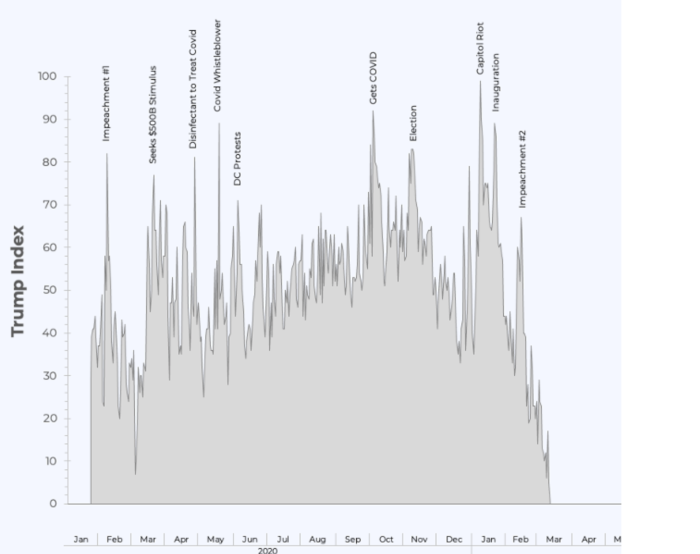 As Social Flow itself notes, Trump’s “influence” was derived from both his Tweets and the media coverage of his Tweets. Trump no longer has Twitter, and the media can therefore no longer cover his Tweets. That leaves the right-wing media with nothing left to counter all the good news coming out of the Biden Administration, which — as Seth Meyers explains — is exactly why Fox News has resorted to bullshit culture wars that sane people are ignoring because Pepe Le Pew should have been canceled decades ago!

← Morning Briefing: Tucker Carlson, Jon Stewart, and All the Vaccine We Need | Sharing Netflix Passwords May Soon Be a Thing of the Past →