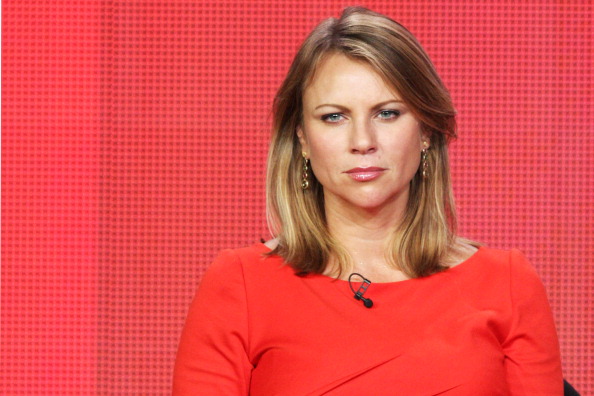 Newsmax — where canceled Fox News personalities toil away in obscurity — is so far right that it often makes Fox News look like MSNBC (except when Tucker Carlson is on). Newsmax is what viewers who believe that Fox News is part of the “liberal Jewish media” watch, so you know someone has got to be completely unhinged to get banned from that network.

Meet Lara Logan: She’s the former Chief Foreign Affairs Correspondent for CBS News. Yes, CBS. She left there in 2018 amid some controversy and found herself over on Fox News, where even Fox dumped her earlier this year in an effort to distance itself from her lunatic antisemitism. And now she’s been banned by Newsmax. NEWSMAX.

Why? In an environment where far-right news stations are being dumped by cable providers (OAN has now been dumped by every major carrier), there is apparently a line that cannot be crossed, and that line is apparently suggesting that those who support “open borders” in the United States are Satanist who “dine on the blood of children.”

Lara Logan says "the open border is Satan's way of taking control of the world," adding "The ones who want us eating insects, cockroaches, and that while they dine on the blood of children…They're not going to win" pic.twitter.com/S6W4GgbAJh

Take your Q-Anon conspiracies back to 4Chan, Lara. Interestingly, Logan couldn’t get away with espousing the Great Replacement Theory, either, although Tucker Carlson still gets away with it nightly on Fox News. Sexist double standard!

Lara Logan reveals to Newsmax that she spoke to a man who said “he infiltrated the global cabal at the UN,” and had papers to prove they had a plan to “infiltrate 100 million illegal immigrants” to “dilute the pool of patriots” so they could take over the US. pic.twitter.com/gG6dTLsMko

After her appearance on Newsmax, in a statement, the network said that it “condemns in the strongest terms the reprehensible statements made by Lara Logan,” and said that they had no plans to have her on again.